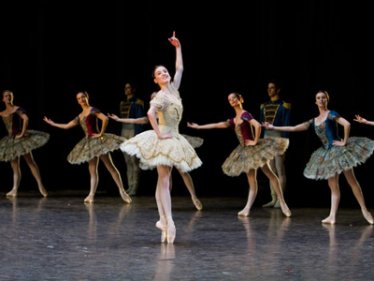 Joseph Masilier’s Paquita enchanted Théophile Gautier when it was first performed at the Paris Opera in 1846. Carlotta Grisi was one of its principal perfomers and Marius Petipa took the ballet abroad as far as Russia where, in 1882, he created a new version. Little by little, Paquita disappeared from the Opera stage; then, in 2001, it was enthusiastically revived by Pierre Lacotte. Intrigue, abduction and family secrets provide pace and suspense in this exciting work combining character dances with pantomime in a display of technical virtuosity. Sumptuous sets and costumes contribute to this colourful production set in picturesque 19th century Spain.