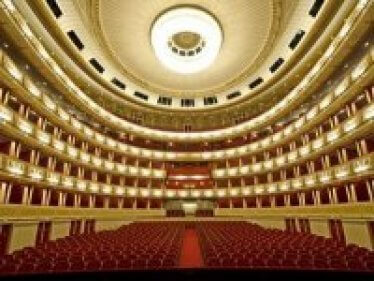 The two generals Macbeth and Banquo head into battle on behalf of their lord, the Scottish king Duncan. Once victorious, the two soldiers are met by a group of witches, who predict Macbeth will be the future king. Banquo, on the other hand, will not be king but a father of kings. Both frightened and determined by this oracle, Macbeth and his wife as his accomplice murder the king. After they successfully divert all suspicions to the king's son, who only cements his involvement in the murder by fleeing the scene, nothing is left between Macbeth's seizure of power and the throne. However, despite Macbeth's coronation the killing continues. First, the couple decide to get Banquo out of the way so that they may prevent the second part of the witch's prophecy from being fulfilled. Yet the murdered comrade haunts Macbeth as a ghost. In order to gain clarity about his fate, Macbeth pays the witches another visit but receives contradictory and confusing predictions, which drive him to commit further murders. Lady Macbeth, who until now was the more determined part of the power-hungry couple, is the first to break down from her guilt: she ends up betraying herself in her sleep and dies. In the meantime, the enemies of Macbeth gather.
Verdi's opera is based on William Shakespeare's tragedy of the same name. It is the first adaptation of a drama by Shakespeare for an Italian music theatre, in which the composer's imagination is ignited by the direct wording of the original. The score is bathed in the darkest of colours, while the revue-like witch scenes, Lady Macbeth's drinking song and the bizarre-looking choir of murderers create garish, sometimes even shrill contrasts. These contrasts were heightened by the fact that almost twenty years after its premiere in 1847, Verdi subjected the work to a fundamental revision in which he deleted whole numbers and replaced them with others: elements of his powerful and unhesitating early style were thus interspersed with his more matured style.
This extraordinarily dark musical theatre went down in the history of Italian opera and became known as “l'opera senza amore”, “the opera without love” – whereby it was said that the protagonist couple was drawn to each other in love in a very abysmal sort of way. Who is this Lady Macbeth, who reacts in an ice-cold, calculating manner in the first act when her husband is frightened by the blood of the murder victim on his hands, but who can no longer stop washing her hands in her sleepwalking scene of the last act? The cliché in all of this sees in her the seductress, the one truly behind her husband's dark deeds. Yet she is only the Machiavellian politician of the two, who considers the prerequisites and consequences of their common ambition from the very beginning: “You crave greatness, Macbeth, but will you be evil? The road to power is full of misdeeds, and woe to he who hesitates to enter it and then recedes." Her husband, on the other hand, feels both inhibited and driven by visions even before the murder and stumbles into the undertow of his deeds. The couple works together neither as equal accomplices nor as perpetrator and victim but in a changing co-dependency. The brief dialogues of the two, which conceal more than they reveal, follow a long history of mutual expectations and disappointments...