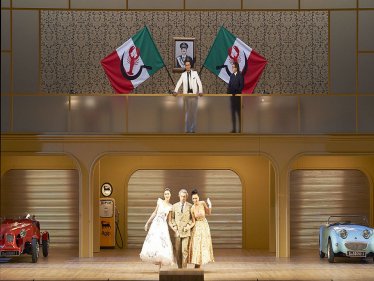 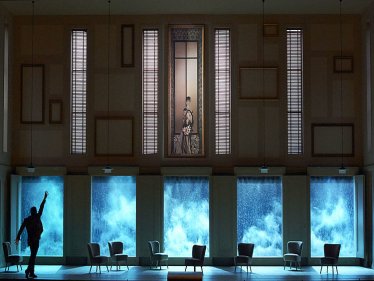 The list of Cinderella adaptations is long - no wonder, generations of viewers were moved by the story of the unhappy stepdaughter, who ultimately has a happy ending. Why? Perhaps less because of the "salvation" by the wealthy prince than through the final confirmation that goodness and a pure heart can conquer all adversities. Gioachino Rossini secularized the fairy-tale-supernatural moments of the material and interspersed the French touching piece, which served as a template, with socially critical elements from the tradition of the opera buffa. His Cenerentola thus became a modern retelling of a well-known, old fairy tale, whose heroes have to prove themselves in the depths, injustices and absurdities of a disenchanted present. Musically, he created a so-called "semiseria", a semi-serious opera in which he mixed his brilliant buffo art with sentimental and occasionally even tragic tones. Sven-Eric Bechtolf's staging shifts the plot to the fictional and whimsical mini-kingdom of San Sogno.