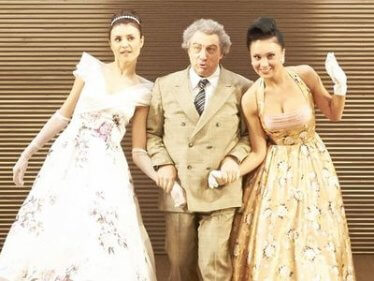 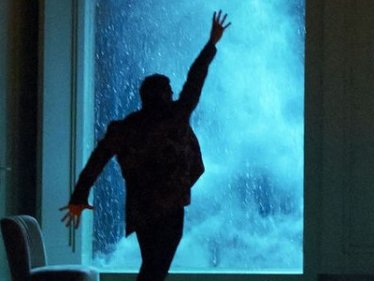 Act 1 of 2
In a somewhat neglected castle lives Don Magnifico, Baron of Montefiascone, with two daughters and a stepdaughter. While Clorinda and Tisbe have nothing but idleness, cleaning and dancing in mind, Angelina (Cenerentola) has to serve her half-sisters and do all the housework. One day, much to the displeasure of Tisbe and Clorinda, she sings the ballad of the King's son, who set out to seek a bride, but at the same time found three candidates, and finally decided for those with a good heart. The song is interrupted by the knock on the front door. A beggar asks for some food. Clorinda and Tisbe show him the door in disgust, only Angelina takes pity on him. She gives him bread and coffee. The two half-sisters would like to beat up Angelina - only by the appearance of a group of cavaliers, who bring an invitation of the bride-looking Prince Ramiro to Don Magnifico and his daughters, the project is stopped. When the cavaliers also announce the personal appearance of the prince, there is no stopping Clorinda and Tisbe: excitedly they rush Angelina back and forth with orders to be able to clean up quickly. Finally, the two also in dispute over who may be the first to tell the father the news. ...