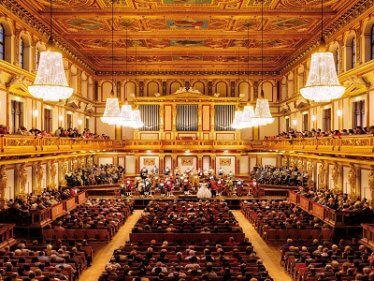 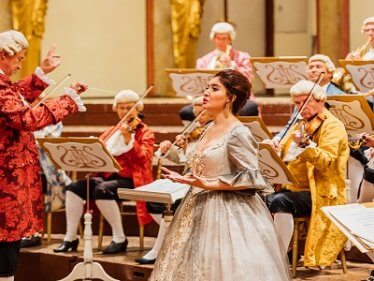 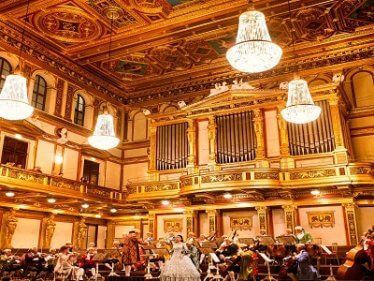 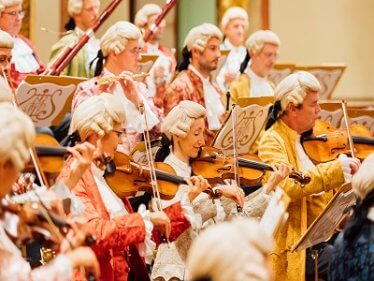 The Vienna Mozart Orchestra was founded in 1986 by musicians from the best Viennese orchestras and chamber music ensembles.

Since then, the artists have devoted themselves enthusiastically to the work of the great master of Viennese classical music, Wolfgang Amadeus Mozart, and have thus made a significant contribution to the preservation and maintenance of the musical tradition and cultural heritage of the city of Vienna.

True to their name, the 30 musicians exclusively present pieces by Wolfgang Amadeus Mozart, who was born in Salzburg and lives in Vienna. In addition to the symphonic works and the composer's numerous instrumental concerts, the repertoire also includes the many famous opera arias and duets.

With the popular series of concerts Vienna MOZART Concerts in historical costumes, which takes place every year in Vienna, the orchestra continues the tradition of the 18th century, when concerts were called "Musical Academies" Performing symphonies and solo concerts alternating with well-known and popular arias and duets.

The Vienna Mozart Orchestra puts together its concert programs in the style of these "musical academies" and spoils its audience in the most delicious way with the most beautiful works of Wolfgang Amadeus Mozart. The artists all present themselves in magnificent historical costumes and wigs and perform in the largest and most renowned Viennese concert halls on.

The Golden Hall of the Musikverein, the Brahms Hall and the Vienna State Opera undoubtedly create the ideal setting to take the concert-goer back to the end of the 18th century for an evening.

Every year from the beginning of May to the end of October, the Vienna MOZART concerts enrich the cultural and musical life of the city of Vienna. Concerts have been a permanent fixture in the Vienna event calendar for many years and have become an indispensable part of it. The winter months are used for tours and foreign guest performances. The Vienna Mozart Orchestra has toured Japan and Germany several times in the last few years and achieved great success with guest performances in Italy, Korea, Taiwan and many other countries.

In January 1991 the orchestra also had the honor of opening the Mozart Year in Tokyo. In addition, numerous CDs have been released (“The Best of Mozart” Vol. 1 and 2, “Sinfonia concertante & Clarinet Concerto”, “A Mozart Concert in Vienna”, “A Mozart Evening in Vienna”…) and a video film entitled “Mozart in Salzburg".

Music lovers will also have the opportunity in the next few years to experience a Vienna MOZART concert and, together with the Vienna Mozart Orchestra, immerse themselves for one evening in an era that shaped the royal seat of the Habsburg Empire like no other: the Baroque period!

The concert ends at around 10 p.m.