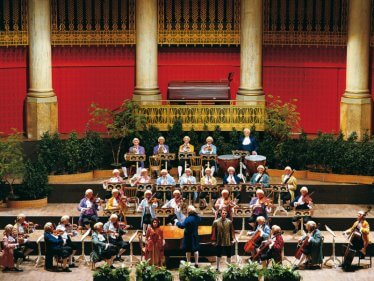 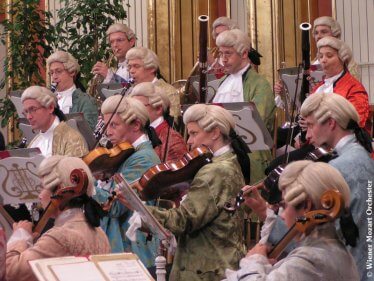 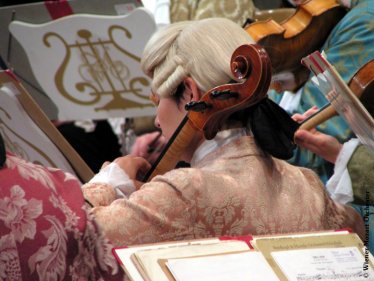 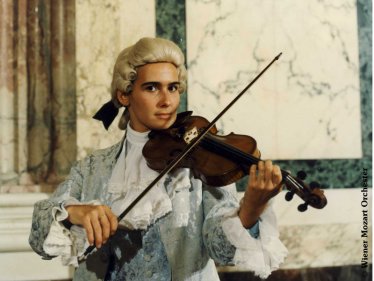 The Vienna Mozart Orchestra plays in Vienna concerts with internationally renowned singers and soloists - all in magnificent historical costumes and wigs and creates a special atmosphere in Vienna's largest and most famous Concert halls, like State Opera, Musikverein Golden Hall, Hofburg and Konzerthaus. Principally, the choice of works gives an impression of an authentic concert of the baroque era.

In the style of "musical academies", as in Vienna concerts were known in Mozart_s time, the audience enjoy single movements from symphonies and solo concertos, as well as operatic overtures, arias and duets from especially popular and well-known works.


The Vienna Mozart Concerts even fulfill the wishes of the Strauss lovers by performing the most impressing pieces by the Strauss Dynasty, such as "The Blue Danube Waltz" and "The Radetzky March.

The Mozart V.I.P. Ticket per person includes:
- “Concert-goer’s menu” at the Restaurant Korso, Mahlerstraße 2, 1010 Vienna (four-course meal, drinks not included).
- Fiaker drive from the Restaurant Korso to the concert hall
- 1 best category ticket for the Vienna Mozart Concert
- 1 glass of sparkling or a soft drink in the V.I.P. area at the concert hall
- If you wish, an opportunity to talk to the performers
- 1 programme book
- 1 CD of the Vienna Mozart Orchestra
- Attendance by a Mozart page
Show more Show less