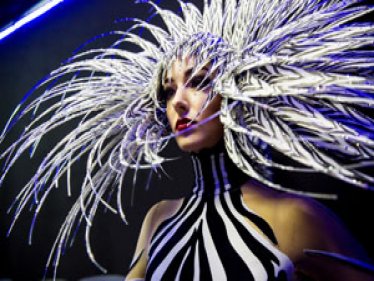 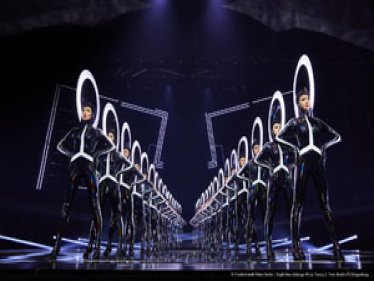 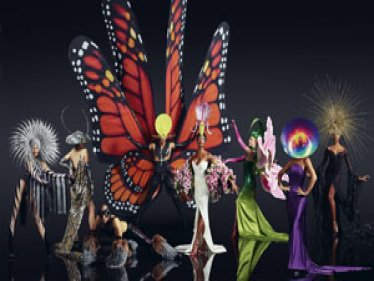 VIVID The beauty of things

Outside control shapes the closed world of android R’eye. But then, a flicker of intuition stirs and suddenly she finds herself moving to a different beat. With the wide-eyed wonder of a child, she beholds the world with new eyes and perceives the overwhelming beauty of things we often overlook. As if split by a prism, her perception disperses into the colours of life and R’eye unlocks the identity concealed deep within her.
he creative team – working in five different time zones and 15 cities – couldn’t be more international! The final flourish: Philip Treacy, “the world’s most famous milliner” (THE TIMES). The gifted hat maker works for Queen Elizabeth II, European royals, Alexander McQueen, Karl Lagerfeld, Ralph Lauren, Lady Gaga and Madonna. The London-based Irish milliner is responsible for design direction and Stefano Canulli (Paris/Rome) for the extravagant costume designs. Las Vegas-based director Krista Monson has produced shows for the Cirque du Soleil; she is assisted by co-director Oliver Hoppmann from Berlin. The stage set is by the American Michael Cotten, who has created shows for Michael Jackson, Miley Cyrus and Phil Collins as well as the Super Bowl and the Olympics.
VIVID is a declaration of love to life. Featuring more than 100 stunning artists on the world’s biggest theater stage. A production budget of 12 million euros for spectacular costumes and stage sets of unparalleled dimensions. A kaleidoscope of physical perfection and outstanding artistic performances that may prompt tears of joy. Welcome to Berlin’s #1 theater for dazzling entertainment. Welcome to your Palast.

Revue shows are not musicals. Coherence is primarily achieved through visual imagery rather than narrative storytelling. Meaning they are also perfect for guests with no knowledge of German.