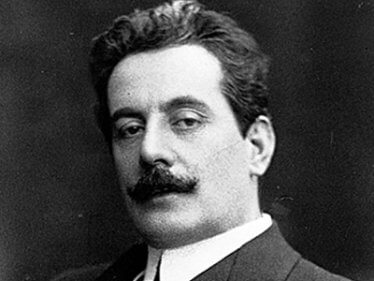 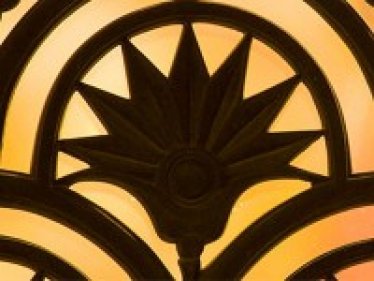 Act 1
In front of the imperial palace
A Mandarin announces the law of the land (Popolo di Pechino! – "Any man who desires to wed Turandot must first answer her three riddles. If he fails, he will be beheaded"). The Prince of Persia has failed and is to be beheaded at moonrise. As the crowd surges towards the gates of the palace, the imperial guards brutally repulse them, pushing a blind old man to the ground. His slave-girl, Liù, cries for help. A young man hears her cry and recognizes the old man as his long-lost father, Timur, the deposed king of Tartary. The young Prince of Tartary is overjoyed at seeing his father alive but urges him not to speak his name because he fears the Chinese rulers who have conquered Tartary. Timur tells his son that, of all his servants, only Liù has remained faithful to him. When the Prince asks her why, she tells him that once, long ago in the palace, the Prince had smiled upon her (The crowd, Liù, Prince of Tartary, Timur: Indietro, cani!).
The moon rises, and the crowd's cries for blood turn into silence. The doomed Prince of Persia is led before the crowd on his way to execution. The young Prince is so handsome and kind that the crowd and the Prince of Tartary are moved to compassion and call on Turandot to spare his life (The crowd, Prince of Tartary: O giovinetto!). She appears, and with a single imperious gesture orders the execution to continue. The Prince of Tartary, who has never seen Turandot before, falls immediately in love. He cries out Turandot's name three times with joy, and the Prince of Persia echoes his final cry. The crowd screams in horror as the Prince of Persia is beheaded.
The Prince of Tartary is dazzled by Turandot's beauty. He is about to rush towards the gong and strike it three times—the symbolic gesture of whoever wishes to attempt the riddles to marry Turandot—when the ministers Ping, Pang, and Pong appear and urge him cynically (Fermo, che fai?) not to lose his head for Turandot, but instead go back to his own country. Timur urges his son to desist, and Liù, who is secretly in love with the Prince, pleads with him (Signore, ascolta! – "My lord, listen!") not to attempt the riddles. Liù's words touch his heart. The Prince tells Liù to make exile more bearable and never to abandon his father if the Prince fails to answer the riddles (Non piangere, Liù – "Don't cry, Liù"). The three ministers, Timur, and Liù try one last time to hold the Prince ( Ah! Per l'ultima volta! ) but he refuses to listen.
He calls Turandot's name three times, and each time Liù, Timur, and the ministers reply, "Death!", and the crowd declares "we're already digging your grave!" Rushing to the gong that hangs in front of the palace, he strikes it three times, declaring himself a suitor. From the palace balcony, Turandot accepts the challenge, as Ping, Pang, and Pong laugh at the prince's foolishness.

Scene 1: A pavilion in the imperial palace. Before sunrise
Ping, Pang, and Pong lament their place as ministers, poring over palace documents and presiding over endless rituals. They prepare themselves for either a wedding or a funeral (Ping, Pang, Pong: Ola, Pang!). Ping suddenly longs for his country house in Honan, with its small lake surrounded by bamboo. Pong remembers his grove of forests near Tsiang, and Pang recalls his gardens near Kiu. The three share fond memories of life away from the palace (Ping, Pang, Pong: Ho una casa nell'Honan) but are shaken back to the realities of Turandot's bloody reign. They continually accompany young men to death and recall their ghastly fate. As the palace trumpet sounds, the ministers ready themselves for another spectacle as they await the entrance of the Emperor.
Scene 2: The courtyard of the palace. Sunrise
The Emperor Altoum, father of Turandot, sits on his grand throne in his palace. Weary of having to judge his isolated daughter's sport, he urges the Prince to withdraw his challenge but the Prince refuses (Altoum, the Prince: Un giuramento atroce). Turandot enters and explains (In questa reggia) that her ancestress of millennia past, Princess Lo-u-Ling, reigned over her kingdom "in silence and joy, resisting the harsh domination of men" until she was ravished and murdered by an invading foreign prince. Turandot claims that Lo-u-Ling now lives in her and, out of revenge, Turandot has sworn never to let any man possess her. She warns the Prince to withdraw, but again he refuses. The Princess presents her first riddle: Straniero, ascolta! – "... What is born each night and dies each dawn?" The Prince correctly replies, Speranza – "Hope." The Princess, unnerved, presents her second riddle (Guizza al pari di fiamma – "What flickers red and warm like a flame, but is not fire?") The Prince thinks for a moment before replying, Sangue – "Blood". Turandot is shaken. The crowd cheers the Prince, provoking Turandot's anger. She presents her third riddle (Gelo che ti da foco – "What is ice which gives you fire and which your fire freezes still more?"). As the prince thinks, Turandot taunts him "what is the ice that makes you burn?" The taunt makes him see the answer and he proclaims "It is Turandot!"
The crowd cheers for the triumphant Prince. Turandot throws herself at her father's feet and pleads with him not to leave her to the Prince's mercy. The Emperor insists that an oath is sacred, and it is Turandot's duty to wed the Prince (Turandot, Altoum, the Prince: Figlio del cielo). She cries out in despair, "Will you take me by force?" The Prince stops her, saying that he has a riddle for her: Tre enigmi m'hai proposto – "You do not know my name. Tell me my name before sunrise, and at dawn (all' alba), I will die." Turandot accepts. The Emperor declares that he hopes to call the Prince his son come sunrise.

Scene 1: The palace gardens. Night In the distance, heralds call out Turandot's command: Cosi comanda Turandot – "This night, none shall sleep in Peking! The penalty for all will be death if the Prince's name is not discovered by morning". The Prince waits for dawn and anticipates his victory: Nessun dorma – "Nobody shall sleep!"
Ping, Pong, and Pang appear and offer the Prince women and riches if he will only give up Turandot (Tu che guardi le stelle), but he refuses. A group of soldiers then drag in Timur and Liù. They have been seen speaking to the Prince, so they must know his name. Turandot enters and orders Timur and Liù to speak. The Prince feigns ignorance, saying they know nothing. But when the guards begin to treat Timur harshly, Liù declares that she alone knows the Prince's name, but she will not reveal it. Ping demands the Prince's name, and when she refuses, she is tortured. Turandot is clearly taken aback by Liù's resolve and asks her who put so much strength in her heart. Liù answers, "Princess, Love!". Turandot demands that Ping tear the Prince's name from Liù, and he orders her to be tortured further. Liù counters Turandot (Tu che di gel sei cinta – "You who are begirdled by ice"), saying that she too shall learn love. [The words of that aria were actually written by Puccini. Waiting for Adami and Simoni to deliver the next part of the libretto, he wrote the words and when they read them, they decided that they could not better them.][24] Having spoken, Liù seizes a dagger from a soldier's belt and stabs herself. As she staggers towards the Prince and falls dead, the crowd screams for her to speak the Prince's name. Since Timur is blind, he must be told about Liù's death, and he cries out in anguish. Timur warns that the gods will be offended by this outrage, and the crowd is subdued with shame and fear. The grieving Timur and the crowd follow Liù's body as it is carried away. Everybody departs, leaving the Prince and Turandot. He reproaches Turandot for her cruelty (The Prince, Turandot: Principessa di morte – "Princess of death") and then takes her in his arms and kisses her in spite of her resistance. (Here Puccini's work ends. The remainder of the music for the premiere was completed by Franco Alfano.)
The Prince tries to convince Turandot to love him. At first she is disgusted, but after he kisses her, she feels herself turning towards passion. She admits that, ever since he came, she had both hated and loved him. She asks him to ask for nothing more and to leave, taking his mystery with him. The Prince however, reveals his name, "Calàf, son of Timur" and places his life in Turandot's hands. She can now destroy him if she wants (Turandot, Calàf: Del primo pianto).
Scene 2: The courtyard of the palace. Dawn
Turandot and Calàf approach the Emperor's throne. She declares that she knows the Prince's name: Diecimila anni al nostro Imperatore! – "It is ... love!" The crowd cheers and acclaims the two lovers (O sole! Vita! Eternità).
Show more Show less