The Who and the What - Schedule, Program & Tickets 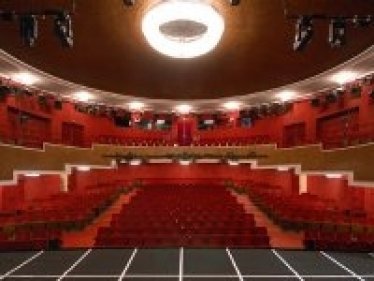 The Who and the What

Atlanta, in the South of the US: One father, Afzal, and two adult daughters. The widowed patriarch is originally from Pakistan and has worked his way up from taxi driver to successful taxi operator. A rather liberal Muslim, but with very stable views, who takes care of his daughters. For the elderly, Zarina, a gifted writer, he even secretly looks for a man: Without her knowledge, he gives up a personal ad on muslimlove.com and then puts the candidates through their paces - and, above all, on faith. Eli, a young convert, seems to satisfy father and daughter first. He marries Zarina. But when Afzal drops his daughter's current manuscript, a critical book about the Prophet, about Mohammed as a human being, it causes a scandal. The questions Zarina asks are pure blasphemy for him. The patriarch breaks the daughters and at the same time becomes an outcast himself.

After the worldwide outrage, Ayad Akhtar's debut, which can still be seen at the Burgtheater, now follows with The Who and the What a new piece that sheds light on the relationship of Islam to the role of women in society in a pointed and exciting way. Akhtar writes highly funny and profound at the same time. He deals with burning questions of our time - and never gives simple answers. The production will be staged by Swiss director Felix Prader, who staged the German-language premiere of Yasmina Reza's "Art" in 1995, which will also be shown again at the Burgtheater next season.

Ayad Akhtar was born in New York in 1970 and grew up in Milwaukee, Wisconsin. He writes for theater, film and television, his first novel Himmelssucher was released in 2012. His debut piece Outlaw was awarded the Pulitzer Prize in 2013.