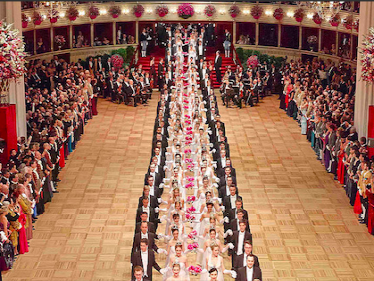 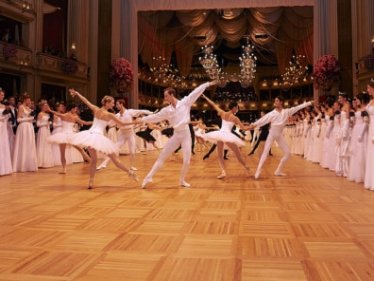 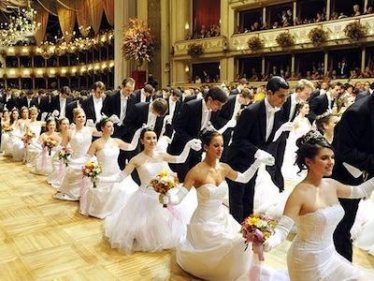 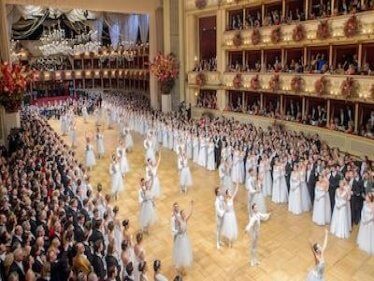 Once a year, the Vienna State Opera transforms itself into the most beautiful and elegant ballroom in the world: for the Vienna Opera Ball, a glittering party, unique in splendor and radiance, role model for balls all over the world.

Where a few days before and after the opera ball opera and ballet performances enchant the audience, 5,500 visitors celebrate and dance until dawn - international guests from culture, business, politics and sports to a major social event.

Stars from opera and ballet, the orchestra of the Vienna State Opera and the Vienna State Ballet create the splendid opening, many millions of spectators on the television screen, how 150 young couples fulfill the dream of dancing the first polonaise on this special stage in the Young Ladies and Gentlemen's Committee. After that it says "Alles Walzer!"

Music and dance in the whole house, the magnificent flower arrangements, the elaborate ladies and the exclusive gentlemen in tails, celebrations with friends and unexpected encounters the Vienna Opera Ball Year for an unforgettable event!

* In the table share the price for the entrance ticket is included. *

History of the Vienna Opera Ball

The first ball festivals, where not the k. k. Hof-Operntheater, which appears to the Kärntnertor, but the artists working on this stage as organizers, to a certain extent to the legendary celebrations of the Congress of Vienna (1814-1815).

Various ball festivals take place in the twenties and thirties of the 19th century in the smaller and larger establishments of the imperial city on the Danube. However, the artists wanted their intimate setting and the ideal solution for all cultured representation through the cozy redoutensäle of the imperial Hofburg.

After the bloody as well as inglorious end of the revolutionary year 1848, the war in Vienna did not feel too much like dancing for anyone. It had to pass a few years, which make the joy of life again, the ball festivals in the "Viennese style" made possible again.

In 1862, the famous Theater an der Wien again received "highest permission" to organize ball festivals. Naturally, the spectacular events of the Parisian opera balls were taken as a model.

When in 1869 the staff of the k. k. Hofoperntheater finally move into splendid new Haus am Ring, but refused Franz Joseph I. permission to organize in his theater dance festivals. The first ball called "Ball in the Court Opera" did not take place in the Haus am Ring, but in the new and magnificent building of the "Gesellschaft der Musikfreunde".

In 1877 the emperor finally gave his consent to a soirée in his opera house. Although there will be no official dances at this festival on the night of 11-12 December, the "Wiener Fremdenblatt" will be displayed the following day: "... it will be difficult at first, but Wienerblut and Wienermut will stand up. After midnight there was the first real dance in the ballroom of our opera house. "

After the fall of the empire in 1918, people remembered the imperial celebrations in the opera house. Already on January 21, 1921, the first opera-redoubt of the Republic of Austria was found, and in January 1935 the first, now also named, "Vienna Opera Ball" took place - a magic word whose effect did not fail even in the pale light of the thirties.

On the eve of the Second World War, a last opera ball was held in 1939 on the orders of the Reich government in recent years.
After the resurrection of the Republic of Austria in 1945 and the overcoming of the first years of hunger in November 1955, the festive reopening of the opera house destroyed in the war was celebrated.

On February 9, 1956, for the first time in the Second Republic, the splendid house was transformed into the splendid opera ballroom.

IMPORTANT: The definitive start times for untimed dates are not published by the Vienna State Opera. Information about start times for these events is the sole responsibility of the user.