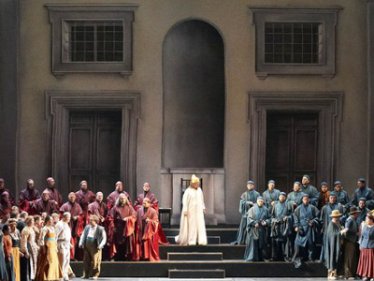 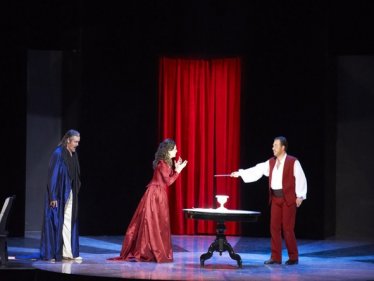 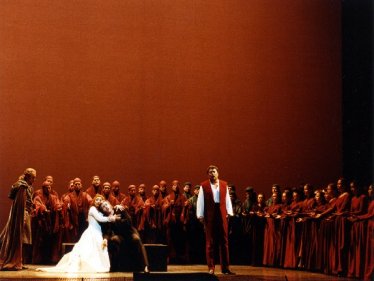 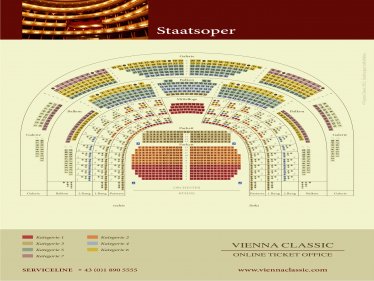 The corsair Simon Boccanegra has been elected Doge of Genoa thanks to the assistance of Paolo Albiani. He hopes that in this position the patrician Jacopo Fiesco will no longer be able to refuse him the hand of his daughter Maria, Simon’s sweetheart and the mother of his daughter. When Maria dies, Jacopo swears to take revenge on Simon unless the latter hands over his granddaughter to him. However, after being put in the care of a nurse, the young girl has disappeared. ​

The fate of Simon’s daughter is explained 25 years later. We learn that she has grown up in the Grimaldi household as the foundling Amelia, and has now fallen in love with the patrician Gabriele Adorno. Simon seeks her hand in marriage for Paolo, who in the meantime has become the Doge’s chancellor. However, when father and daughter recognize one another, Simon abandons this plan. Paolo is enraged, and arranges for Amelia to be abducted, a plot which is foiled by Gabriele. Whilst the senate is in session, he rushes into the council chamber intending to accuse Simon of instigating the abduction. However, Amelia throws herself between them. Simon suspects that Paolo was behind the abduction, and orders him to curse the wrongdoer. Paolo takes revenge by putting poison in Simon’s goblet. Gabriele is also determined to take the Doge’s life, since Paolo has led him to believe that the latter is Amelia’s lover. Once again, Amelia intervenes, and reveals to Gabriele that she is in fact Simon’s daughter. When the patricians approach determined to overthrow the Doge, Gabriele sides with Simon. The uprising is put down, and Paolo condemned to death. However, his poison is already starting to take effect. As he dies, Simon is reconciled with Jacopo when the latter learns that Amelia is his granddaughter.​