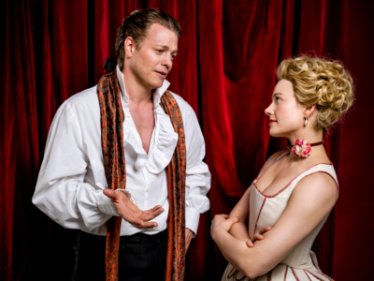 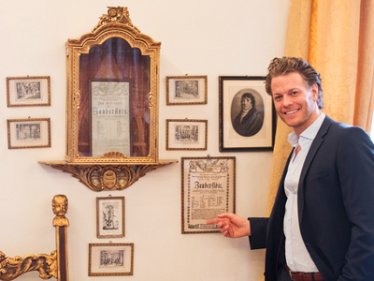 The internationally renowned composer and lyricist, winner of three Oscars, three Grammy Awards and a Golden Globe, Stephen Schwartz (music and lyrics) is working with artistic director Christian Struppeck (book) to create this VBW in-house production. A musical focused around a real-life Austrian historical figure and staged in Vienna.


The VEREINIGTE BÜHNEN WIEN are particularly proud to have secured the world famous director and three-time Tony Award winner Sir Trevor Nunn as the director of this in-house production. Sir Trevor is the former Artistic Director of the Royal Shakespeare Company and the National Theatre, and not only directed the original premiere productions of CATS, LES MISÉRABLES, STARLIGHT EXPRESS and SUNSET BOULEVARD but has also won no fewer than three Tony Awards for Best Director. He has worked on musicals, operas, straight dramas and films and is one of the most versatile and successful directors in the world. The fascinating story behind the creation of “The Magic Flute”, a jewel of Austrian culture, illuminates the interaction between tradition and innovation at every level.

This is the story of the unconventional marriage between the actor, singer, director, writer and stage manager Emanuel Schikaneder and his wife Eleanore, the relationship between them and their impact on the artistic circles of their era. What starts as a juvenile, carefree love develops into a truly mature partnership with all its highs and lows that profoundly influences Vienna’s theatre world. Without it, one of the greatest works of opera – “The Magic Flute” – would never have been written.