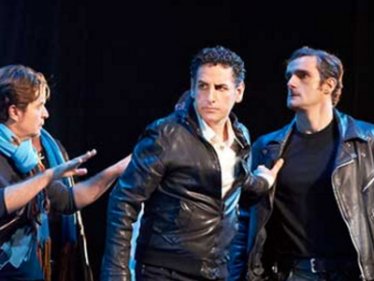 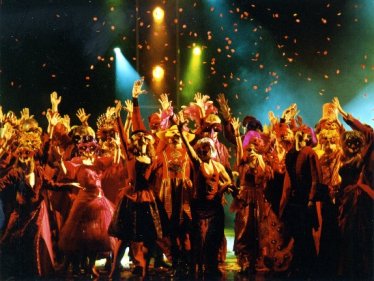 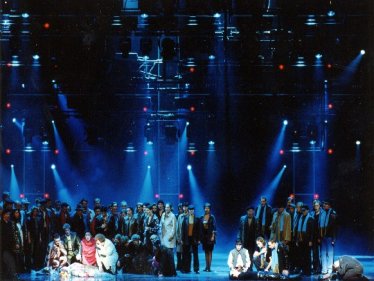 Romeo, a member of the Montague family, bitter enemies of the Capulets, attends celebrations in the home of the Capulets in disguise. There he meets Capulet´s daughter Juliet, and falls in love with her. In the garden beneath Juliet´s balcony he declare his love for her, and she returns his love. The couple resolve to marry. Friar Laurence marries the couple in secret, hoping by doing so to bring about a reconciliation between the two families. However, soon afterwards there is yet another quarrel in the streets of Verona. Juliet´s cousin Tybalt challenges Romeo to a duel, which he initially declines for Juliet´s sake. However, when Tybalt fatally through. The Prince of Verona banishes him for his crime. One last time, Romeo visits Juliet in secret to bid her farewell. The next morning Capulet tells his daughter in the presence of Friar Laurence that she will have to may Paris. However, Friar Laurence gives her a sleeping potion that will make her appear dead. Juliet collapses during the wedding ceremony and is laid to rest in the family crypt. Romeo does not receive a message telling him that Juliet is not really dead. He enters the Capulet family crypt, and, believing Juliet dead, takes poison. At this moment Juliet awakens to find the dying Romeo at her side. When she realizes what has happened, she stabs herself.

The libretto follows the story of Shakespeare's play.

Overture prologue:
A short chorus sets the scene of the rival families in Verona.
A masked ball in the Capulets’ palace
Tybalt talks to Pâris about Juliette, who appears with her father. Roméo, Mercutio, Benvolio and their friends enter, disguised, and Mercutio sings a ballad about Queen Mab, after which Juliette sings a joyful waltz song. The first meeting between Roméo and Juliette takes place, and they fall in love. But Tybalt re-appears and suspects that the hastily re-masked Roméo is his rival. While Tybalt wants immediate revenge, Capulet orders that the ball continue.

The Capulets' garden
After Roméo's page Stephano has helped his master gain access, he reveals the two young lovers exchanging their vows of love.

Scene 1: Laurent's cell
Roméo and Juliette, accompanied by Gertrude, go to the cell, and the wedding takes place. Laurent hopes that reconciliation between the houses of the Montagus and the Capulets may thus take place.
Scene 2: a street near Capulet's palace
Stephano sings to attract the occupants into the street. Gregoire and Stephano skirmish as men from each family appear. The duel is first between Tybalt and Mercutio, who falls dead, and then between Roméo, determined to avenge his comrade, and Tybalt. Tybalt is killed by Roméo, who is banished by the Duke.

Juliet's room at dawn
Roméo and Juliette are together and, after a long duet, Roméo departs for exile. Juliette's father comes to remind her of Tybalt's dying wish for Juliette to marry Count Pâris. The friar gives Juliette a draught which will cause her to sleep, so as to appear as if dead and, after being laid in the family tomb, it is planned that Roméo will awaken her and take her away. [A ballet scene in the grand hall of the palace was inserted at this point.

Juliet's tomb
Roméo breaks into the tomb after having taken poison because he believes that Juliette is dead. When she awakes from the friar’s potion, the lovers' last duet is heard before the poison takes effect on Roméo. As her bridegroom weakens Juliette stabs herself, to be united with her lover in death.
Show more Show less