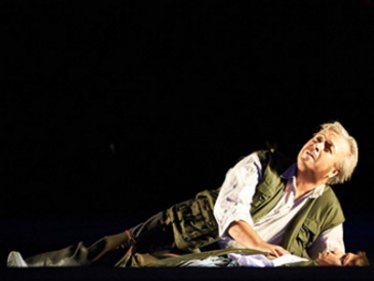 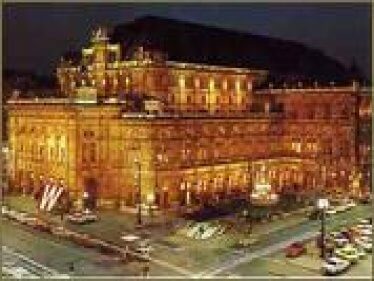 Prologue
A Suffolk coastal village, mid-19th century (The date is not specified, but the foghorn in Act III places it later than the date of Crabbe's poem)

Peter Grimes is questioned at an inquest over the death at sea of his apprentice. The townsfolk, all present, make it clear that they think Grimes is guilty and deserving of punishment. Although the coroner, Mr Swallow, determines the boy's death to be accidental and clears Grimes without a proper trial, he advises Grimes not to get another apprentice - a proposal against which Grimes vigorously protests. As the court is cleared, Ellen Orford, the schoolmistress whom Grimes wishes to marry as soon as he gains the Borough's respect, attempts to comfort Grimes as he rages against what he sees as the community's unwillingness to give him a true second chance.

Act 1
The same, some days later

After the first orchestral Interlude (in the Four Sea Interludes concert version entitled "Dawn"), the chorus, who constitute "the Borough", sing of their weary daily round and their relationship with the sea and the seasons. Grimes calls for help to haul his boat ashore, but is shunned by most of the community. Belatedly, Balstrode and the apothecary, Ned Keene, assist Grimes by turning the capstan. Keene tells Grimes that he has found him a new apprentice (named John) from the workhouse. Nobody will volunteer to fetch the boy, until Ellen offers ("Let her among you without fault...").

As a storm approaches, most of the community - after securing windows and equipment - take shelter in the pub. Grimes stays out, and alone with Balstrode confesses his ambitions: to make his fortune with a "good catch", buy a good home and marry Ellen Orford. Balstrode suggests "without your booty [Ellen] will have you now", only to provoke Grimes's furious "No, not for pity!" Balstrode abandons Grimes to the storm, as the latter ruminates "What harbour shelters peace?" The storm then breaks with a vengeance (second orchestral Interlude).

In the pub, tensions are rising due both to the storm and to the fiery Methodist fisherman, Bob Boles, getting increasingly drunk and lecherous after the pub's main attraction, the two "nieces". Grimes suddenly enters ("Now the Great Bear and Pleiades..."), and his wild appearance unites almost the entire community in their fear and mistrust of his "temper". Ned Keene saves the situation by starting a round ("Old Joe has gone fishing"). Just as the round reaches a climax, Ellen arrives with the apprentice, both drenched. Grimes immediately sets off with the apprentice to his hut, despite the terrible storm.

Act 2
The same, some weeks later

On Sunday morning (the third orchestral Interlude), while most of the Borough is at church, Ellen talks with John, the apprentice. She is horrified when she finds a bruise on his neck. When she confronts Grimes about it, he brusquely claims that it was an accident. Growing agitated at her mounting concern and interference, he strikes her and runs off with the boy. This does not go unseen: first Keene, Auntie, and Bob Boles, then the chorus comment on what has happened, the latter developing into a mob to investigate Grimes's hut. As the men march off, Ellen, Auntie, and the nieces sing sadly of the relationship of women with men.

At the hut, Grimes impatiently drives the ever silent John into changing out of his Sunday clothes and into fisherman's gear, and then becomes lost in his memories of his previous, now dead apprentice, reliving the boy's death of thirst. When he hears the mob of villagers approaching, he quickly comes back to reality, stirred both by a paranoid belief that John has been "gossiping" with Ellen, so provoking the "odd procession", and at the same time feeling defiant. He gets ready to set out to sea, and he tells John to be careful climbing down the cliff to his boat, but to no avail: the boy falls to his death. When the mob reaches the hut Grimes is gone, and they find nothing out of order, so they disperse.

Act 3
The same, two days later, night time in the Borough ("Moonlight" in the Sea Interludes). While a dance is going on, Mrs Sedley tries to convince the authorities that Grimes is a murderer, but to no avail. Ellen and Captain Balstrode confide in each other: Grimes has returned after many days at sea, and Balstrode has discovered a jersey washed ashore: a jersey that Ellen recognises as one she had knitted for John. Mrs Sedley overhears this, and with the knowledge that Grimes has returned, she is able to instigate another mob. Singing "Him who despises us we'll destroy", the villagers go off in search of Grimes.

While the chorus can be heard searching for him, Grimes appears onstage, singing a long monologue sparsely accompanied by cries from the off-stage chorus, and a fog horn (represented by a solo tuba): John's death has seemingly shattered Grimes's sanity. Ellen and Balstrode find him, and the old captain encourages Grimes to take his boat out to sea and sink it. Grimes leaves. The next morning, the Borough begins its day anew, as if nothing has happened. There is a report from the coastguard of a ship sinking off the coast. This is dismissed by Auntie as "one of these rumours."
Show more Show less