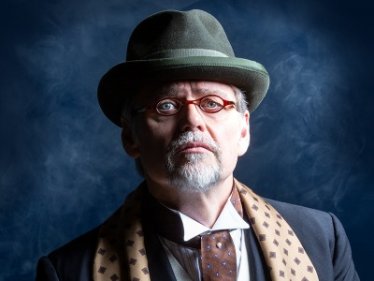 Thomas Mann's 1912 novel "Death in Venice" depicts an ambivalent scenario: the aging poet Gustav von Aschenbach travels to Venice to escape senselessness and loneliness. In the city in the lagoon, he is initially captured by lustful impressions. But suddenly an ominous storm rises: Rumor has it that cholera has affected the "Serenissima". However, Gustav von Aschenbach is already captivated by the beauty of the young Polish boy Tadzio - and so Aschenbach misses the last opportunity to escape the epidemic ...

This narrative of genius and aesthetic feeling, obsession, homoerotic and taboo fascinated not only Luchino Visconti, who filmed the material in 1971, but also Benjamin Britten, who in 1973 created one of his densest and most abysmal works with his last opera "Death in Venice".

At the Volksoper, the work will be performed in a production by Scottish director David McVicar, which breathtaking and masterfully reflects the atmosphere of Thomas Mann.

Gustav von Aschenbach, writer Rainer Trost
The traveler, too: the elderly dude, the old gondolier, the hotel manager, the hairdresser of the house, the leader of the street singers, the voice of Dionysus Martin Winkler
The voice of Apollo Thomas Lichtenecker