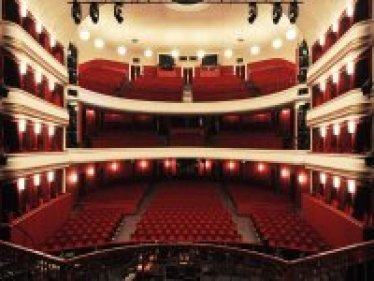 The Dubarry tells of the social rise of the working girl Jeanne Bécu to the wealthy mistress of Louis XV. The milliner loves the painter Rene Lavallery, but an intrigue suddenly gives her the chance to become the king's mistress. The choice is not only one for a man, but also for a whole new way of life. What losses does the “way up” require? To what extent does Jeanne allow herself to be corrupted for this?

Director Jan Philipp Gloger and his team create a theatrical journey through time spanning four centuries, in opulent images from the present to 18th-century France. How has time changed attributions of femininity? How do we view historical role models for women today?

Carl Millöckers created his Countess Dubarry in 1879, but after the premiere the work was quickly forgotten until it was rediscovered in the early 1930s when operetta was looking for zeitgeist and strong female characters. But work and music had to be adapted to the new era, and who would have been better suited to this than Theo Mackeben. In 1928 he directed the world premiere of the Threepenny Opera, and in 1931 he created the new version of Millöcker's operetta entitled Die Dubarry, designed precisely for the Jewish soprano Gitta Alpár. Mackeben wrote music for entertainment and propaganda films during the National Socialist era. Alpár must go into exile.