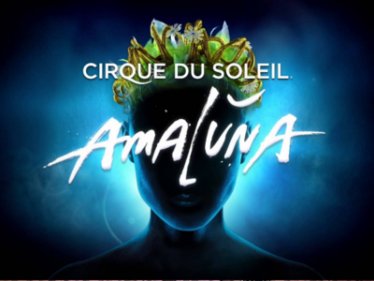 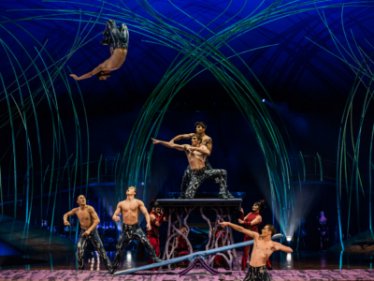 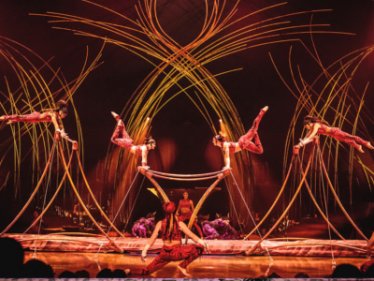 The world famous Cirque du Soleil comes to Austria with his new show AMALUNA. In the white Grand Chapiteau tent that is pitched in Vienna Neu Marx, on the grounds of the Karl-Farkas-Gasse, the tent show starts on 9 March 2017th.

For several weeks, around 100,000 visitors can be inspired by the magic of a unique, integrated into a magical acrobatics perfomance narrative. Under a dome light act some of the best acrobats in the world in opulent fantasy costumes, surrounded by mythological and mysterious scenes and accompanied by original compositions that are as always performed live.

Cirque du Soleil has been to more than 300 cities in over 40 countries enchanted more than 100 million viewers across six continents and enthusiastic. You can experience the tent show until the beginning of April 2017 live in Vienna.

A mysterious island where you expect beauty and boldness.
After Queen Prospera celebrated growing up her daughter in a ritual ceremony in honor of femininity, renewal, rebirth and balance, it triggers a storm.

A group of young men is washed ashore, and this is the beginning of an epic love story between Prosperas daughter and a bold admirers. But their love is put to the test.

Lounge Tickets:
The Amaluna Lounge is already opened 45 minutes before the show and during intermission. (incl. Open bar).