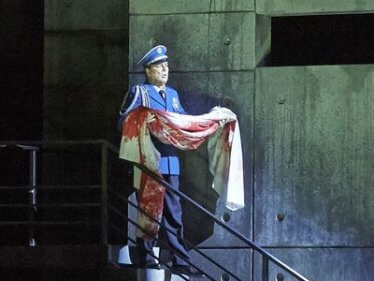 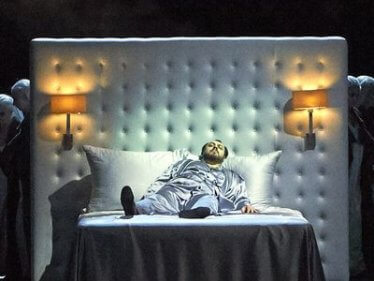 
Details
After a victorious battle, the witches prophesy that the Scottish general Macbeth will become Thane of Cawdor and King of Scotland; his companion Banquo, on the other hand, is to become the father of kings. Only a short time later, messengers from King Duncan announce that the latter has appointed Macbeth Thane of Cawdor. Macbeth relates these events in a letter to his wife, arousing their ambition. As soon as an opportunity to assassinate the king arises, Lady Macbeth eggs her husband Macbeth on to carry out the deed. The kind is duly murdered and all traces carefully removed. Disquieted by the witches’ prophesy that Banquo is to become the father of kings, Macbeth and Lady Macbeth resolve to slay Banquo and his son too. However, Banquo’s son escapes. The murdered Banquo appears to Macbeth in a vision. Horrified, Macbeth seeks out the witches once more to discover more about his fate. The witches predict that he will reign until such a time as Birnnam Wood moves against him, and the no man born of a woman will be able to kill him. Lady Macbeth wanders around the castle in her sleep, her guilt weighing heavily upon her and finally driving her to an untimely death. A messenger tells Macbeth that Birnam Wood is approaching the castle – the advancing soldiers have camouflaged themselves with branches. Macbeth does battle with Macduff, who is able to slay Macbeth as he was not born of a woman, but torn from his mother’s womb. The victors welcome Malcom as their new king.