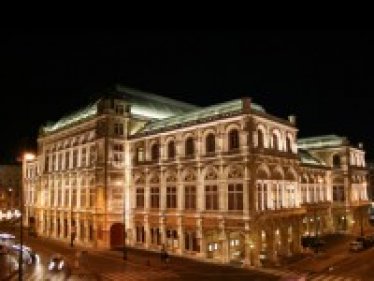 ACT I
A plain on the banks of the River Scheldt near Antwerp
King Henry of Germany has come to Antwerp to urge the people to join with him in battle against invading Magyars, but he finds the Brabantians locked in civil strife without a leader. Frederick of Telramund explains that on his deathbed the Duke of Brabant had entrusted to his care his two children, Elsa and Godfrey, on the understanding that he would marry Elsa and be guardian to Godfrey. But Godfrey has disappeared, Elsa is suspected of doing away with him and Telramund has married Ortrud, daughter of Radbold, King of the Frisians.

In her name and his own he claims the dukedom and accuses Elsa of fratricide and of having a secret lover. The king agrees to judge the case and Elsa is summoned. Her only answer to the accusations is to relate a dream in which a hero appeared in answer to her need. To him she will entrust her cause. The king decrees trial by combat, and the herald calls for a champion to appear.

A knight appears, in a boat drawn by a swan. He says he has been sent by God to be Elsa´s champion. She accepts him as champion and husband, agreeing to his condition that she must never ask his name or lineage or where he came from. Telramund is defeated in the duel, but the stranger knight spares his life and is acclaimed by the populace.

ACT II
The fortress of Antwerp
Telramund blames Ortrud for his downfall, as she had told him that she saw Elsa drown her young brother, but she convinces him that he was defeated by magic rather than divine intervention. She claims that the stranger´s magic would fail if he could be made to reveal his name - or even if the tip of a finger were to be cut off.

As only Elsa can ask him to reveal his name, Ortrud plans to undermine her confidence. Elsa appears on the balcony and Otrud, calling to her from the darkness, succeeds in winning her pity, invoking the pagan gods in triumph as Elsa prepares to let her in. Ortrud begs Elsa to intercede for Telramund and suggests that as the stranger arrived by magic, so he may leave by magic, but Elsa´s faith is unshaken.

At dawn the herald proclaims the banishment of Telramund and announces that the king has invested the crown of Brabant in Elsa´s husband, who will lead the Brabantians into battle. Four nobles mutter their resentment at this decision and Telramund offers to lead them in rebellion.

As Elsa is about to enter the church for her wedding Ortrud claims that she must yield pride of place to her, since her husband has been falsely accused and is of noble birth, whereas no one knows anything about Elsa´s husband. Claiming that he would be revealed a fraud if he had to divulge the source of his power, she challenges Elsa to ask the question. Telramund accuses the strange knight of witchcraft and asks his name and lineage, but he is answerable to Elsa alone. Telramund whispers to Elsa that if she were to let him cut off the tip of the stranger´s finger his secret would be known and he would never leave her. She rejects the advice and goes into the church with her husband, who orders Telramund and Ortrud to leave.

ACT III
Scene 1. The bridal chamber
Following the good wishes of their attendants, Elsa and her husband are left alone for the first time. Their delight in one another is soon undermined by her regrets that she cannot call her husband by his name and her fears that he may leave her. A hysterical vision of the swan returning to take him away leads to the fatal question. Telramund bursts in with his followers and is killed by Lohengrin, who tells the nobles to bring the body before the king. He calls Elsa´s ladies to dress her and tells her he will answer her question before the king.

Scene 2. The banks of the Scheldt
The king thanks the people for their support in defending Germany against the heathen. The body of Telramund is carried in, followed by Elsa and her husband, who tells the king he will not be able to lead the people of Brabant into battle. He is absolved from blame for Telramund´s death.

Explaining that Elsa has been tricked into asking the forbidden question, he answers it: he is one of the champions of the Holy Grail, who are sent out into the world to defend the cause of right. But they must leave once their identities are known. He is Lohengrin, son of Parsifal, who wears the crown of the Grail. He prophesies that Germany will never be conquered by the eastern hordes. The swan appears and Lohengrin bids farewell to Elsa, telling her that if he had been able to stay, her bother Godfrey, who is not dead, would have returned.

Ortrud exults at her success in driving Lohengrin away and that Godrey must remain in the form of the swan as a result of her witchcraft. Lohengrin kneels in prayer and when he takes the chain from the neck of the swan, it is transformed into Godfrey. Elsa falls lifeless as Lohengrin leaves, his boat now drawn by a white dove.