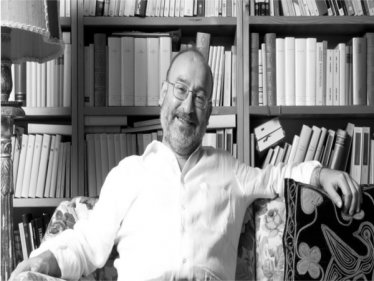 Music of the Italian composer Salvatore Sciarrino (1947, Palermo) can be probably best characterized by the following oxymoron: acoustic theatre of night sounds. It evokes a tension, the mystery of night rustles, sudden creaks of old furniture, distant sounds of the sea and those of night insects. In his associations, Sciarrino uses highly psychological and deliberately mannerist, even decadent means  in his compositions there is the permanent feeling of something hanging in the air, as if they anticipated a dramatic action that, however, usually stays only implied or completely suppressed.
Sciarrino prefers extreme dynamic changes, mostly very soft sounds at the very edge of silence with a suggestive repetition of several simple elements that is typical for him. He is a proud autodidact and he found his musical language  original and almost unchanged over some forty years  very early. He wrote a many compositions (including more than ten large-scale operas) and for many years he has been among the biggest stars of contemporary art music. He has the considerably enriched the palette of instrumental sounds and extended techniques.

In most Sciarrinos recent opera, La porta della legge, Sciarrino does more than just rework Kafkas parable Before the Law into a succinct piece of music theater, he laments the extirpation of culture in the land of Michelangelo and Pasolini. For Sciarrino, the consequences are clear. His musical ideas and visions hardly reach his compatriots since his operas are not heard in Milan, Rome, or Naples, but rather in Germany, France, Austria, and Switzerland. La porta della legge is not just an attack on bureaucracy, it is a diagnosis of the deep-seated lack of com- munication between the apparatus of power and the citizen and its cynical corollary: For Sciarrino the apparatus only now exists for its own ends, and brings death to those for whom it was originally established. Parallels to the Italy of today are, according to the composer, not accidental but intentional.

The indifference of the political system, faced with the needs of the community, is mirrored in the way the plot of the opera is frozen in time. As in most of his stage works, Sciarrino is less interested in exter- nal action than in the universal themes of human existence that he lays bare, layer by layer, with the precise scalpel of his softly penetrative, obsessive sounds. The varied interpretations of the text of Before the Lawa central piece in the novel The Trial, which was published previously in 1915, in the Jewish weekly magazine Selbstwehr certainly aid in this process. An anonymous Man from the country confronts an equally anonymous Gatekeeper, asking for access to the Law.
Whether this Law is to be understood in a Jewish context, as is often suggested, or as a general search for the meaning of humanity is not specified. The Gatekeeper refuses him, firmly but not irreversibly, holding out the possibility of further consideration, but explaining the unlikelihood of a felicitous outcome. He thus at once binds the man to himself through a slender hope and condemns him to an ever increasing disorientation. The man waits for years at the gate, and must learn only shortly before he dies that this gate was created just for him, and that now it will be closed. Sciarrino radically alters the tone of the lan- guage of Kafkas parable and chooses to emphasize the gradual loss of mental acuity that accompanies the interminable, unceasing passage of time. Kafkas artfully placed ele- ments of popular literature and repetitions and direct speech taken from fairy tales are smashed and torn to pieces in the opera. Here the endless repetitions of speech fragments and mutilated phrases seem to suggest the diagnosis of a psychopathic condition, most clearly when Man 1 has settled himself permanently in front of the Gate to the Law and unrelentingly stammers, fisso lusciere (I fix my gaze on the Gatekeeper). Man 1 and Man 2 function as characters that simultaneously act and describe their actions, creating a blurring of their identities that leads to ever-increasing confusion of their consciousness in the course of the events. The supplicants con- centrate less and less on their real objective, preferring instead to count the fleas on the coat of the Gatekeeper.
The process of aging is accompanied by a mental disintegration which ends in total disorientation. Sciarrinos world, which he has developed over many years with the interpreters of his music, defies categorical analysis. In this new opera it exudes a hypnotic magic, deeply rooted in archaic levels of consciousness. Sciarrino and Kafka meet not on the surface, but at the nerve endings.

musci by Salvatore Sciarrino
from a Franz Kafka tale

surtitles in italian and english