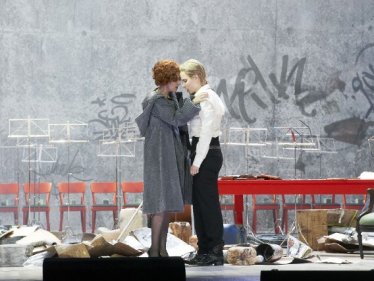 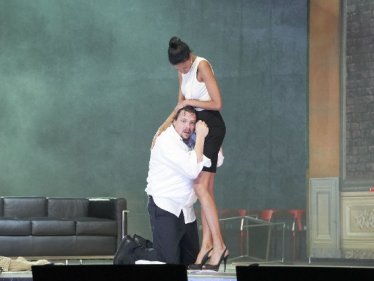 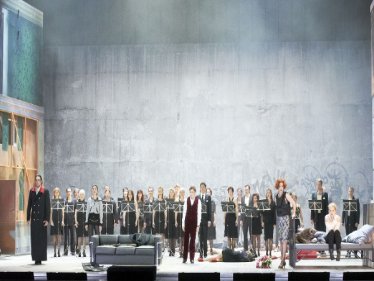 ACT I
The emperor Titus (Tito), who was to have married Vitellia, has fallen in love with the Jewish princess Berenice. Vitellia persuades Sextus (Sesto), who loves her, to join a plot to assassinate the emperor. Titus announces that he has decided to banish Berenice and instead marry Servilia, Sextus´s sister. When Servilia tells Titus that she loves Annius (Annio), he renounces her in favour of Vitellia, but Vitellla is unaware of this change of plan, and Sextus is dispatched to set fire to the Capitol and murder Titus. Sextus reports that he has stabbed Titus, and the Roman people sing a lament for their dead emperor.

ACT II
Annius tells Sextus that the murdered man was not Titus, and manages to stop his friend from fleeing, telling him that others have been implicated. Publius (Publio) arrests Sextus, who refuses to reveal Vitellla´s complicity.Titus, wishing to be remembered for his clemency, tears up the death sentence, but only after Sextus has been taken away to the arena. As the lions are brought in, Vitellia decides to confess, but Titus is again forgiving and announces his intention to devote himself to the good of Rome.
Show more Show less