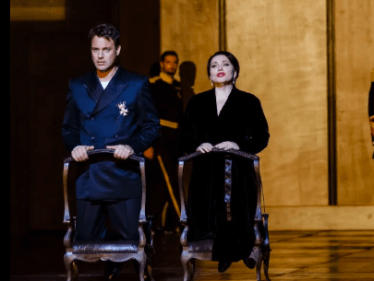 By virtue of its language, Don Carlo, the Italian adaptation of Don Carlos, a grand opera in the French style, is more passionate than the original version. However, from one version to the other none of the finesse is lost, be it in the score or the dramatic intrigue which, from the Escorial to Flanders, interweaves political, romantic and family conflicts. An historical fresco to which Krzysztof Warlikowski confers the depth of a huis clos in which the human psyche is laid bare, revealing the paralysis of men faced with the legacy of power.