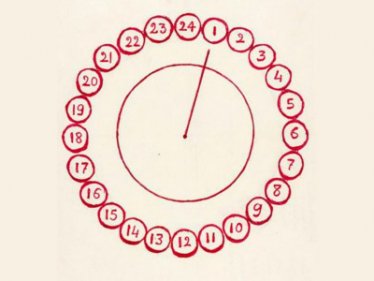 In case of bad weather the performance takes place at the Grosses Festspielhaus.
Duration of performance approx. 2 hours

‘And let us now set out on the journey’

The Berlin premiere of Jedermann (Everyman) by Hugo von Hofmannsthal at the Circus Schumann in Berlin on 1 December 1911, polarized the audience as well as the critics. The journalist Siegfried Jacobsohn sighed, for example: ‘If only he had sought out the right audience and placed it in the right house!’ His wish was heeded on 22 August 1920. With the transfer of Everyman from Berlin to Salzburg, from the circus to the Cathedral Square, Max Reinhardt’s production found its true destiny.
‘We set up a simple plank stage in front of the cathedral and performed on it, with no props whatever, in the full light of day. Without help from darkness, in which effects of lighting can be produced and can concentrate the audience’s attention on any given point, we performed this play, in which abstractions are personified. Abstractions like Faith, Good Works, Money. The chance happenings of the day, pigeons in flight, the vagaries of weather and atmosphere inserted themselves into our play and accorded it a constantly changing magic of its own. The plank stage on which we performed was set free of everything else – in the full light of day spectators really do carry out on their own this concentration we demand of them and which they had lost track of through centuries’ – thus Max Reinhardt described his early days on the Cathedral Square.
After more than 650 performances in just about a century, Everyman is a central component of the Salzburg Festival’s DNA and keeps on prolonging its own history, a unique occurrence in the German-language theatre.

Conceived as a renewal of a medieval morality play modelled on the English Everyman as further enriched by Hans Sachs’s Hecastus and other sources, Hofmannsthal worked on his own rendering over a number of years in a Europe marked by escalating conflicts. He always had in mind a realization by Max Reinhardt. ‘Having over the passing years persistently carried within me the essence of this dramatic structure, at least in my subconscious, there gradually awoke the desire and the freedom to treat the material at my own discretion. Its actual core kept revealing itself ever more clearly as a human absolute, not affiliated with any particular time, not even indissolubly connected to Christian dogma; it is more that man’s unconditional yearning towards something higher, towards the very highest, must play a vitally helping part when all earthly bonds of loyal and ownership prove illusory and transitory, and that is portrayed here in allegorical-dramatic form: and what is there that could be more important for us?’

The risk of freely treating the material and of resituating its theme to a core with neither temporal nor doctrinal ties – as Hofmannsthal here explicitly describes his process – constitutes the ideological energy centre of Everyman. This core cell makes it possible to encompass and interpret the allegories of Everyman in constantly new ways artistically. By the same token, it provides the chance and the challenge to present the central questions in this Play of the Rich Man’s Death from the historical standpoint of any given performance.

Generations of audience members have looked on Everyman as an exercise in ars moriendi, on his mistress (Buhlschaft) in that of ars vivendi. Mammon, Devil, Works, Faith, God and Death have their origins in a way of thinking that cemented the social hierarchy. Through the gradual loosening of these chains the figures of Everyman have undergone changes similar to those with which we approach the title character. What remains is an act of empathy, a call to wakefulness, a reflection on where we belong, a question about our fundamental rootedness. So it is that every present time must find its own Everyman, casting light on it from the passage of time, as it were.
A largely new cast will turn the Cathedral Square into its own stage in the production by Brian Mertes and Julian Crouch.