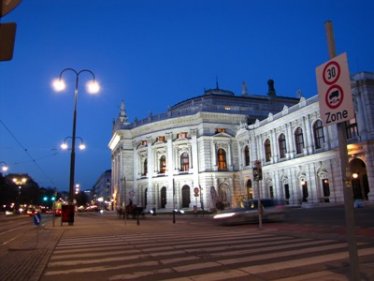 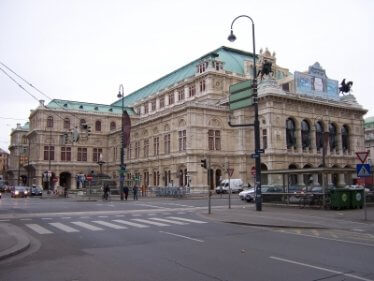 HOP ON HOP OFF

With the HOP ON HOP OFF bus tour you get a quick overview of the most important sights in Vienna. Simply buy a ticket and get on and off at the stops as often as you like!

City tour - with 3 different routes
Put together your own sightseeing program. Our buses are modern, comfortable and offer a perfect view of the city. As a special service, we offer you free WiFi on board.

Nose and mouth protection
Please note that your mouth and nose must be covered on the buses. Please bring your own protective mask.

You can start your sightseeing tour at any HOP ON HOP OFF station! The STARTING POINT “Vienna State Opera” is only one of the possibilities.

RED LINE
Discover the magnificent buildings of the Ringstrasse with the HOP ON HOP OFF - RED LINE!

The most important sights of Vienna are located along the Ringstrasse. For example the impressive State Opera, from which you can take a leisurely stroll down Kärntner Straße to St. Stephen's Cathedral.

A special highlight is the magnificent Hofburg, which takes you back to the time of the monarchy. Visit the former imperial residence with the adjoining Sisi museum and the treasury.
The Renaissance building of the Kunsthistorisches Museum is also directly on the Ringstrasse. Here you will find art treasures of priceless value, including the world's largest Bruegel collection. Further highlights of this popular city tour are the parliament, the town hall and the Burgtheater.

The YELLOW LINE takes you to Schönbrunn Palace, the most visited tourist attraction in Austria and a world heritage site. Visit the imperial state rooms, the palace gardens or the nearby Schönbrunn zoo.

Another culturally interesting stop on this HOP ON HOP OFF bus tour: Belvedere Palace, the former summer residence of Prince Eugene of Savoy, in which the world-famous painting “The Kiss” by Gustav Klimt is on display.

The Schwarzenbergplatz stop takes you to some of the stops on the “Viennese Waltz” self-guided tour.

BLUE LINE
Enjoy highlights along the Danube with the HOP ON HOP OFF - BLUE LINE!

This HOP ON HOP OFF tour takes you to the Kunst Haus Wien, home of the Hundertwasser Museum. Here is a permanent exhibition on the fantastic works of the artist Friedensreich Hundertwasser.

A visit to the Vienna Prater is part of every visit to Vienna. Stroll through the traditional amusement park with around 250 attractions. There you will also find Vienna's landmark, the famous Ferris wheel.