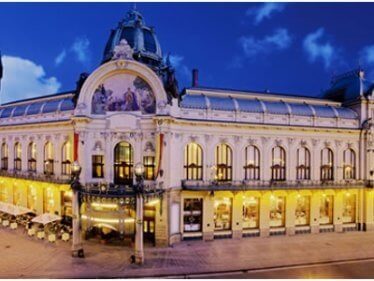 A native of Buenos Aires, the pianist and conductor Daniel Barenboim can be called without exaggeration a living legend of classical music. He visited Czech Republic several times. During his Prague Spring debut in 1966, he was conducting English Chamber Orchestra and was a soloist of Mozart’s Piano Concerto in E Flat Major, KV 271. Other invitations to the festival followed: 1986 (Orchestre de Paris), 2012 (Wiener Philharmoniker,) 2016 (Staatskapelle Berlin), and finally opening concert of the festival in 2017, the unforgettable performance of Smetana’s My Country with Wiener Philharmoniker. In October 2018, he will offer a very unique experience as well, by performing piano sonatas of Ludwig van Beethoven.

Since he was a boy in Buenos Aires, Barenboim’s experience has embraced the music of Beethoven. “My earliest recollection of his music is hearing Arthur Rubinstein play the Appassionata Piano Sonata. I must have been six. Two years later I performed my first Beethoven, the G major Sonata, Op. 14, No. 2, in public…“ This long association with the great composer has given a birth to a long roster of Barenboim’s recordings of Beethoven’s works; as a soloist, in chamber projects, with orchestra, or a recording of the composer’s only opera Fidelio.

Maestro Barenboim played the complete cycle of Beethoven’s sonatas for the first time in Tel Aviv in 1960. Since then, he performed them on concert stages all over the world, as well as in recording studios. This year, he will perform them in Prague!
Show more Show less