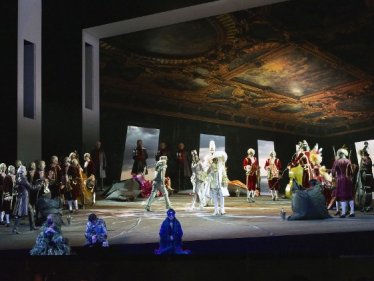 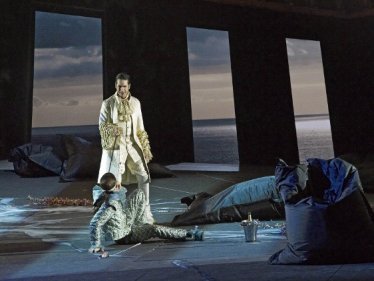 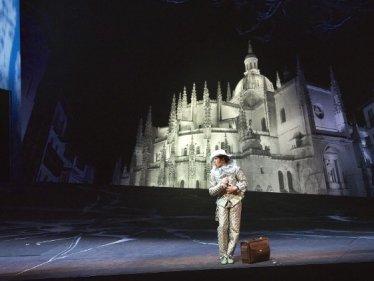 This masterpiece from the pen of Mozart and the congenial librettist Da Ponte to the seducer of women who suddenly wants to succeed no conquest, since the premiere does not count for nothing the most popular works of the composer.

Don Giovanni has furtively slipped into the house of the Commandant to visit the latter’s daughter Donna Anna, leaving his servant Leporello to keep watch outside the house. Suddenly Don Giovanni rushes out. The Commandant, summoned by Donna Anna’s cries for help, challenges Don Giovanni and is killed in the duel. Donna Anna’s fiancé Don Ottavio arrives too late: all he can do is swear vengeance.

Don Giovanni is on the lookout for new adventure. As he approaches a lady, he realizes that it is none other than Donna Elvira, the fiancée whom he jilted. Don Giovanni beats a retreat, leaving Leporello to explain to the lady that her name is only one in a long list of conquests.

As if by chance, Don Giovanni appears at the wedding of Zerlina and Masetto, playing the part of a grand seigneur. He has absolutely no difficulty in beguiling the young bride. However, Donna Elvira arrives to warn her: this time she is successful in reuniting Zerlina with her bridegroom. Don Giovanni joins Donna Anna and Don Ottavio, even going so far as in offer his assistance in the search for the murderer. Once again Donna Elvira spoils his game. Only when Donna Anna and Don Ottavio are alone again does Donna Anna realize than the man who murdered her father that night is none other than Don Giovanni. Her vengeance will now be directed against him. Don Ottavio vows in do everything he can in restore Donna Anna’s peace of mind.

Masetto is furious with Zerlina on account of Don Giovanni. For the time being she manages to placate her enraged bridegroom, but not for long. Don Giovanni has by no means given up his designs on Zerlina, and thus incites Masetto in a renewed fit of temper. In order to obtain the object of his desires, Don Giovanni has invited the couple and the wedding guests in a feast, which three masked figures are also invited in attend. Zerlina has once again entrusted herself in the lecherous Don Giovanni. When she calls for help, the strangers remove their masks: they are Donna Anna, Donna Elvira and Don Ottavio. Once again Don Giovanni manages in escape their vengeance.

Leporello is determined in leave his master: however a bag of gold soon changes his mind. It is not long before he has another opportunity in serve his master: this time Don Giovanni is after Donna Elvira’s maid. Don Giovanni exchanges clothes with Leporello to enable him to serenade her undisturbed. Leporello will have to imitate his master’s voice and gestures in order to fool Donna Elvira, who still loves Don Giovanni. She hurries away with the man she supposes to be her lover. Don Giovanni seizes the opportunity to play a trick on Masetto. Disguised as Leporello, he tells the peasants that he has left his master’s service, and sends them off in different directions to capture Don Giovanni. Only Masetto remains behind, and receives a good beating from Don Giovanni. Zerlina comforts her bruised Masetto, and the two are reconciled once more. Leporello, disguised as Don Giovanni, tries to find a way out of the difficult situation in which his master has put him. Re reveals his identity only when confronted by Donna Anna and Don Ottavio, Donna Elvira – who has been cheated once again –, Masetto and Zerlina. He manages to effect his escape in the general confusion. Donna Elvira determines in break away from Don Giovanni. Master and servant meet again in a churchyard. Don Giovanni is interrupted by something quite unexpected: the statue on the Commandant’s grave speaks to him. Whereas Leporello trembles like a leaf, Don Giovanni invites the statue to a banquet. The statue nods its head in acceptance. Don Ottavio wishes in bring forward his marriage to Donna Anna. However, she reproves him, assuring him of her love: her father’s death must first be avenged. Don Giovanni is enjoying his evening meal to the full: there is music playing, and Leporello to wait on him. At this moment Donna Elvira enters. Filled with foreboding, she tries once again to persuade Don Giovanni to mend his ways, but he merely laughs at her. As she leaves the room, she emits a scream of horror. Leporello, filled with fear, announces the arrival of the statue. Fearlessly Don Giovanni goes to meet it. The statue calls on Don Giovanni in do penance, but he will not hear of it. His fate is sealed with a handshake. When Don Giovanni’s pursuers arrive on the scene, Leporello is only able to tell them about his master’s downfall. The survivors will now be able to get on with their own lives.
Show more Show less