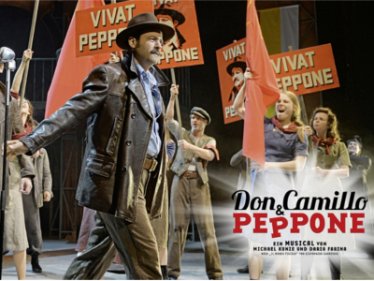 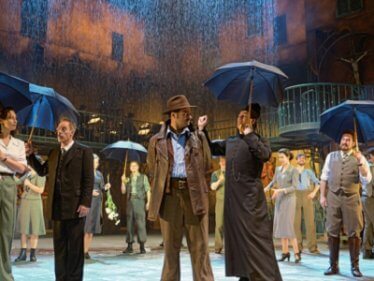 Don Camillo, pastor of Boscaccio is shocked. Reproachfully he looks up at the crucifix. "How could you let this happen?" Jesus answers, so be it times the democracy, finally had the poor reason enough to elect a communist mayor. So the cheerful story begins on the priest Don Camillo and Peppone misconduct, the new mayor of Boscaccio.

The year is 1947 and the place is a village in the northern Italian Po Valley. In the seemingly sleepy town, a dispute will be held between the traditional values ​​and the ideals of a social revolution. Not even Jesus can calm the angry priest. In the past war, he has fought unlike other clerics as a partisan against the Fascists. Now he wants to fight Peppone and his comrades. Emergency with the gun he had hidden in the sacristy. The new mayor is no stranger to Don Camillo. In opposition to overcome dictatorship he was even at his side. But Peppone political direction he rejects decided. Similarly decided the attitude of his opponent. Peppone thinks he is the representative of a new, better time. He struggles for a better world, even if the slogans of the Communist Party exempt strange vocabulary that simple man. The Church he considered a dark force that retards progress.

They compete against each other: cunning and eloquent one, stubborn and unyielding the other. On the Don Camillo's side are the rich landowners and conservative churchgoers, behind Peppone poor wage laborers and the progressive intelligentsia. The one despise the other, and often is in contempt sheer hatred. As long as it's all about words, ideas and claims, the dispute only causes discord in. But soon make a devastating flood and the touching story of two lovers clear that unconditional confrontation may lead the village into misery. And the counterparty must together help - whether they want to or not.