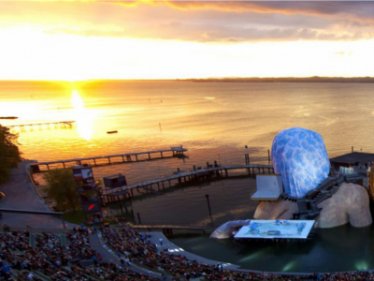 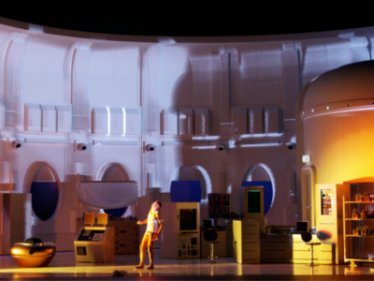 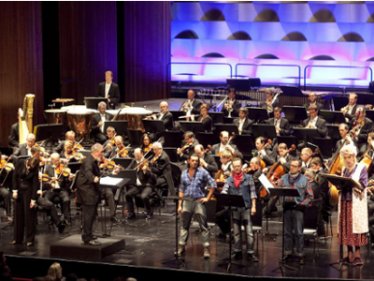 What begins like a fairy-tale turns into a whimsical fantasy halfway between magic farce and Masonic mysticism: The Magic Flute links a love story with the great questions of the Enlightenment, juxtaposes bird-catcher charm with queenly vengeance, and bewitches the listener with music that mixes cheerful melodies, lovers’ arias, show-stopping coloraturas and mysterious chorales.


Mozart’s 1791 premiered opera – one of the most often performed operas in the world – is being staged on the Bregenz Festival lake stage in the summer of 2013 and 2014. The Magic Flute was last seen on the Bregenz Seebühne in 1985 and 1986. It will be directed by the festival’s artistic director David Pountney with sets designed by Johan Engels. This duo attracted international attention in 2010 with their staging of the opera The Passenger at the Bregenz Festspielhaus.


Prince Tamino is attacked by a giant serpent. Instead of doing battle and slaying it, he faints. The Queen of the Night sends her ladies to rescue him – only to confront him with a far greater challenge: if Tamino frees her daughter Pamina, who has been abducted by Sarastro, then he will have her as his wife. When the queen shows him a picture of her daughter, Tamino falls in love on the spot and agrees to take up the challenge. Accompanied by the bird catcher Papageno, three enigmatic ladies and three knowing boys, Tamino sets off – equipped with magic instruments with which to tame wild beasts and at the end to save the two lovers from death by fire and drowning.