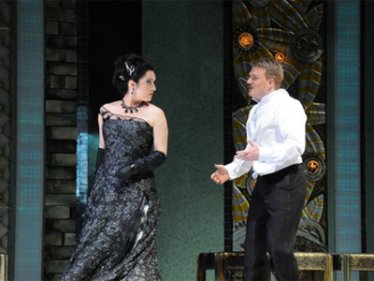 At the end of the year 1905, the operetta celebrated its world premiere and immediately began its triumphal march around the world. And until today, the love story of Hanna Glawari and Danilo Danilowitsch has not gone out of fashion. Marco Arturo Marelli, whose international career began in 1987 at the Volksoper, returned to our company in 2010/2011 as a director and stage designer in a proven personal union and staged an operetta with great success for the first time with the new production of the "funny widow".