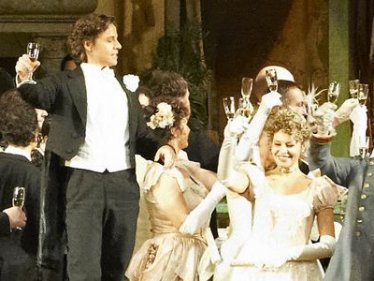 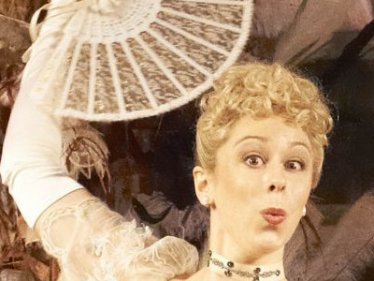 DETAILS
The plot of Die Fledermaus is woven around a ball given by Prince Orlofsky. During the first act, a whole host of characters are irresistibly drawn to it: The chambermaid Adele is invited (or so she believes) by her sister Ida, and after some difficulty she succeeds in getting the night off by inventing a moving story about a sick aunt. Meanwhile her employer, Eisenstein, a man of independent means, has recently been given a prison sentence for insulting a public official but, rather than reporting to serve the sentence, he is persuaded by his friend Dr. Falke to join him for a night of revelry at Orlofsky’s. Dr. Falke is following his own agenda – Eisenstein once humiliated him in front of the whole town by leaving him to return home from a masked ball through the streets, drunk and dressed as a bat, and Falke now sees his opportunity for revenge; and so he also invites Eisenstein's wife Rosalind to the ball. Due to Eisenstein’s departure ‘for prison’, Rosalind is already in disarray when a former admirer of hers named Alfred shows up and tries to woo her, only to be arrested by prison governor Frank who takes him for Eisenstein. Frank, satisfied by a job well done, then also decides to attend Orlofsky's ball.