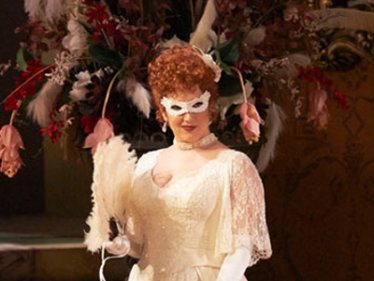 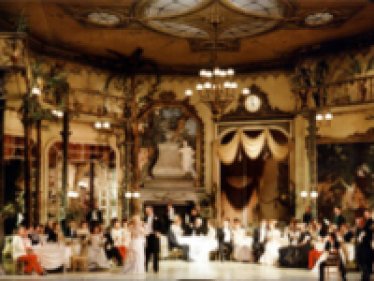 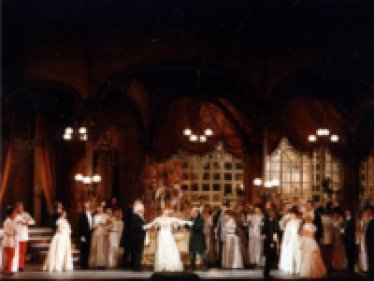 This quintessential Viennese operetta deserves to be enjoyed throughout the year, and not just on New Year's Eve. Eisenstein evades a summons to serve a brief prison sentence by accepting Falke's invitation to Prince Orlowsky's party. His wife's former beau Alfred is escorted to jail in his place, having been mistakenly identified as Eisenstein. At the party everyone plays an assumed part, and later must share in the quilt of deception. A drunken prison guard, a stolen watch ... somehow everything is worked out in the end and the operetta's motto "Glücklich ist, wer vergisst, was doch nicht zu Ã¤ndern ist" ("happy are they who forget what can't be changed") rings true.


At the ball, Dr. Falke’s machinations play out splendidly: to Eisenstein’s astonishment he meets his chambermaid Adele, who brazenly denies her identity; he befriends a French ‘chevalier’ – in truth none other than prison governor Frank; and finally he falls in love with his own wife, masked and disguised as a Hungarian countess.

In the third act, the knots begin to unravel. The action takes place at the prison, a rather shady affair thanks to Frosch, the permanently drunk gaoler. One by one, the characters reappear: first prison governor Frank, extremely hungover, then Adele, who is hoping to find a patron to foster her dramatic talent, along with her sister Ida, and then Eisenstein, who is astonished to find that he has apparently been locked up all night. When Rosalind also appears and, together with Alfred, demands an interview with a lawyer, Eisenstein dons a disguise and takes the place of the stuttering lawyer Dr. Blind. This trick allows him to get to the bottom of the previous evening’s events. Fortunately he then allows himself to be convinced that everything was a part of Dr Falke’s plot for revenge; and so it all ends happily, and Adele even finds her patron in the form of Prince Orlofsky.
Show more Show less