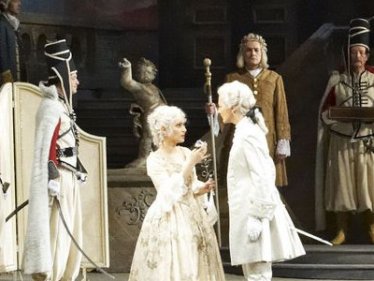 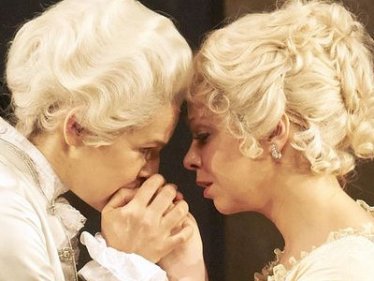 Details
It is early one morning. The field marshal's wife, neglected by her husband, has spent a night of rapturous passion with her lover Octavian. Without any warning, her cousin bursts in: the lecherous Baron Ochs von Lerchenau. Ochs is due to marry Sophie Faninal, the daughter of a rich parvenu, and is looking for a suitable Rosenkavalier (or Knight of the Rose) to present a ceremonial rose to his future bride. However, he takes an immediate liking to the ‘chambermaid’ that he finds with the field marshal's wife, and makes certain unambiguous propositions to her. The field marshal's wife recommends Octavian as a suitable rose-bearer, showing Ochs a portrait of him in a locket; Ochs is greatly surprised at the striking ‘resemblance’ of the portrait to the ‘chambermaid’, but accepts the recommendation.

When Octavian first meets Sophie in his role as Knight of the Rose, the two young people instantly fall in love. Ochs, who is only interested in the girl’s dowry, continues to act in a very coarse and leering manner, and Sophie no longer has any intention of marrying him. When Ochs tries to force her to sign the marriage contract, Octavian draws a sword, challenges him to a duel and inflicts a minor wound to his arm. The general chaos that follows prevents the marriage from being legally concluded. To undermine the proposed marriage once and for all, a trap is also set for Ochs. In a letter, the ‘chambermaid’ invites him to an assignation at an inn on the outskirts of town...

Ochs accepts the ‘chambermaid’s’ offer with enthusiasm and meets her at the inn as agreed. Just as he is about to lay hands on ‘her’, various figures force their way into the room, and a chaotic masquerade ensues. Finally, Faninal, Sophie, a police commissioner and the field marshal's wife also arrive. Ochs is forced to admit that he is no longer a suitable groom for Sophie. Octavian and Sophie remain sheepishly behind with the field marshal's wife. Once she is sure where Octavian’s affections now lie, she relinquishes him - in complete control of the scene - to the younger Sophie, and leaves the young couple to their fate.