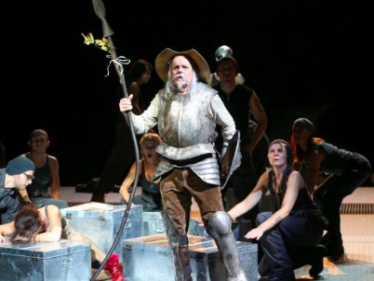 On November 22, 1965, "The Man of La Mancha" premiered on Broadway. A confused, against windmills fighting Spanish knight as a musical hero? This venture was rewarded with a record-breaking series of more than 2,300 performances, and to this day the work continues to enjoy unabated popularity.