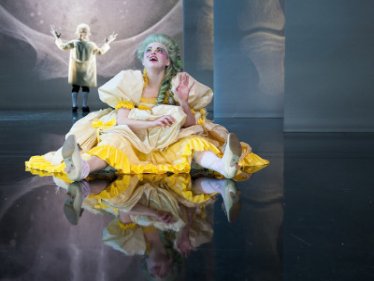 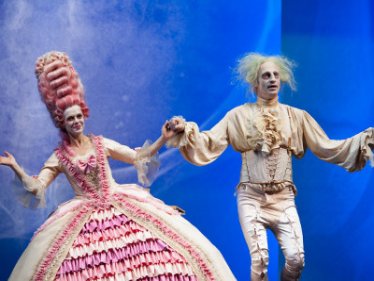 Molière's "conceited patient" Argan is a hypochondriac: he consults doctors, who patiently and happily prescribe unnecessary treatments for overpriced bills. A doctor in the house would be fine, Argan thinks and would therefore like to marry his daughter with one. However, she is in love with Cléante - and the comedy takes its course: the family tries to free Argan from the delusion of hypochondria, while Argan, in turn, recognizes the love of his daughter and the greed of his wife. In the end, Argan decides to become a doctor himself, and the daughter is allowed to marry whom she wants, the main thing he becomes a doctor.

Under the costal cartilage, the Greek "chondros", one once suspected the origin of hypochondria. In the same region sits the pain that results from excessive use of the salmon muscle. This diagnosis is often made to the audience of the productions of Herbert Fritsch. Laughter heals, whatever.

We thank the manufactory for historical keyboard instruments Fa. Neupert in Bamberg for the kind support.