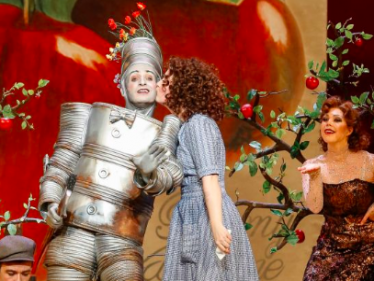 "The Wizard of Oz" by L. Frank Baum is America's most famous fairy tale, which gained cult status worldwide through the film adaptation with the young Judy Garland (1939). The best-known song from it, "Over the Rainbow" by Harold Arlen and Yip Harburg, was awarded the Oscar in 1940. The stage adaptation of the masterpiece in the production of Henry Mason and in the stage design of Jan Maier also became an audience hit for the whole family at the Volksoper.