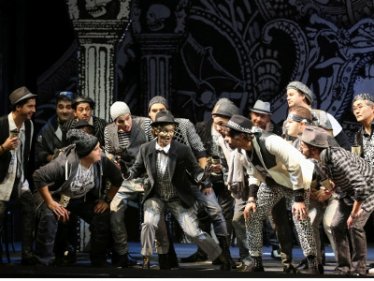 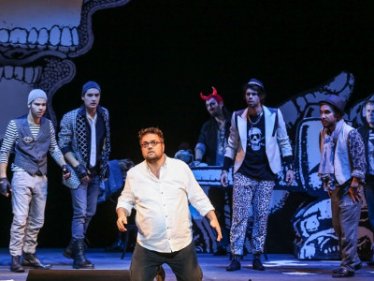 In 1881 a fire broke out at Vienna‘s Ringtheater during a performance of „Hoffmann“, and the orchestral material was later destroyed in a fire at the Parisian Opéra Comique. Was this the devil himself getting revenge for his satirical treatment in Offenbach‘s operetta „Orpheus in the Underworld“? In any case, the devil also plays a central role in „The Tales of Hoffmann“ by thwarting all of the titular hero‘s love affairs. Hoffmann‘s faithful Muse leads him back to the thing which enraptures and comforts him the most: art.

Coproduction with the Opera Bonn