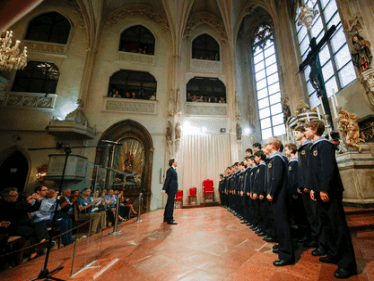 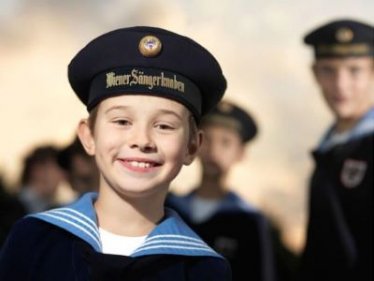 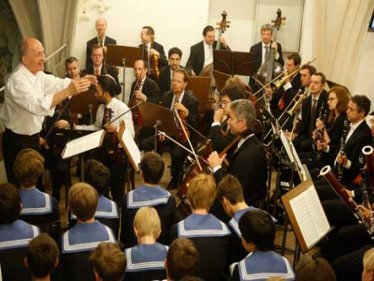 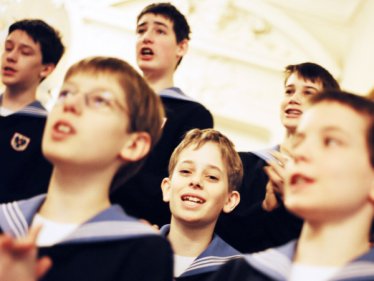 Every Sunday from mid-September to the end of June, a service takes place at 9:15 am in the Hofburgkapelle. It continues a tradition of more than 500 years, which began in the time of the Habsburg rulers. Unique to this day is the musical design of these fairs. The Vienna Hofmusikkapelle ensemble consists of the Vienna Boys' Choir, the men's choir of the Vienna State Opera and members of the Vienna Philharmonic. They perform with the organist in the gallery up on the back wall of the Hofburgkapelle. The final motet is sung by the Vienna Boys Choir after the mass in front of the high altar.