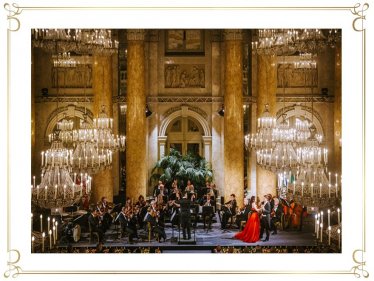 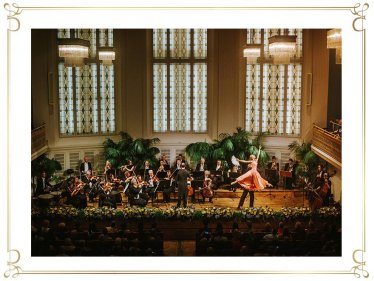 Strauss & Mozart concert
in the Hofburg and the Konzerthaus

The world-famous melodies by Mozart and waltzes by Strauss have their origins in Vienna. They belong to this beautiful city just like St. Stephen's Cathedral or the Heurige and are its cultural heritage and landmark at the same time.

The Vienna Hofburg Orchestra presents the most popular compositions by Wolfgang Amadeus Mozart and the Strauss family in its Strauss & Mozart concerts. There are also works by Emmerich Kalman and Franz Lehar.

The orchestra consists of up to 40 musicians and is accompanied by internationally renowned opera singers and classical ballet from Vienna's opera houses.

From May to October the Vienna Hofburg Orchestra plays classical concerts with the most famous works by Josef and Johann Strauss, as well as Wolfgang Amadeus Mozart. In addition, lively opera and operetta arias, as well as duets by Emmerich Kálmán and Franz Lehár. The orchestra accompanies internationally renowned opera singers and ballet soloists from Vienna's popular opera houses.

Just as Johann Strauss intended, and in keeping with the tradition of all major Viennese orchestras, the musicians have prepared some musical jokes to inspire the audience anew every evening!