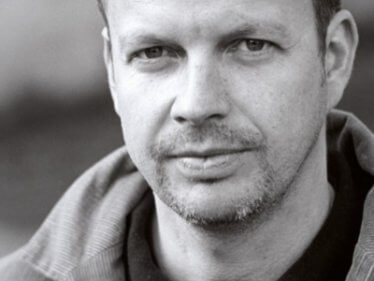 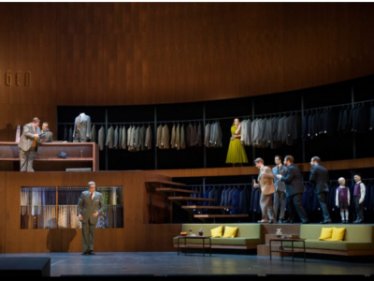 A music drama in one act
Music and libretto by Richard Strauss
after the play SALOME by Oscar Wilde
Translation by Hedwig Lachmann
World premiere 9th December 1905 in Dresden
Premiere at the Deutsche Oper Berlin: 24th January 2016

In German language with German and English surtitels

Long after the Paris world premiere in 1896 Oscar Wilde’s tragedy “Salomé” remained a thorn in the flesh of the establishment across Europe. In Wilhelminian Germany and the Danube Monarchy, too, official art adjudicators considered the subject “repulsive” and the text “an insult to morality”. In the minds of the guardians of public morals the New Testament story of Herod’s daughter was as ill-suited to the stage as it was to pictorial representation, which was experiencing a boom at the time. Salomé’s stepfather, Herod, the Roman’s client king of Judea, Galilee and Samaria who is said to have ordered the massacre of the innocents around Bethlehem, persuades her to dance for him. Encouraged by her mother, she demands to be given the head of John the Baptist as a reward.

Official disapproval meant that the performance of Wilde’s play that Richard Strauss saw in 1902 in Max Reinhardt’s “Kleines Theater” in Berlin was a private function. The composer, who was already in possession of the beginnings of an opera libretto in verse form, resolved to use Hedwig Lachmann’s prose text as the basis for his composition. His SALOME was one of the first literaturopern of the 20th century and reflected a number of operatic preferences of the time such as the predilection for one-act works and for exotic, oriental subjects. A literaturoper is an opera whose lyrics are lifted directly, albeit sometimes in shortened and rearranged form, from a pre-existing play.

Claus Goth, an internationally feted director since his MARRIAGE OF FIGARO in Salzburg in 2006, is taking on his first production at the Deutsche Oper Berlin. His SALOME focuses on the interior motivations of the characters and explores the power dynamic within the house of Herod. Will Salomé manage to break free from her hellish domestic situation?