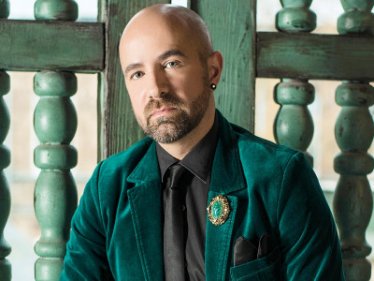 The Neapolitan Nicola Antonio Porpora was the leading singing teacher of the 18th century and composer of more than 60 operas. He trained the legendary Farinelli and Caffarelli castrati in his hometown and made no compromises in his quest for perfection. The daily routine he prescribed for his students was rigorous. Before lunch, a Porpora student should spend four hours doing different singing exercises and one hour doing literary studies. Leisure time, if it was still available, should be spent practicing harpsichord and composing vocal music. Porpora composed for the theaters in Naples, Venice, London, Dresden and also Vienna - here he also worked as a singing teacher and employed a certain Joseph Haydn as valet and piano accompanist. For the Theater delle Dame in Rome, Porpora wrote the opera seria Carlo mil Calvo in 1738, based on the biography of the Frankish and later Italian King Charles the Bald, a grandson of Charlemagne in the 9th century. Contrary to the name, women were not allowed to appear in the “ladies' theater” because, according to an edict of the Pope, only men were allowed to work on stage in Rome. That is why the world premiere of Carlo il Calvo was only contested by men. Porpora's opera is based on a Venetian libretto from 1699 and leads to an early medieval Europe in which the disputed heirs of Charlemagne struggle for power. At Porpora, the title hero is still a child, whom the composer also lets sing a few lines. His stepbrother kidnaps young Karl to take the crown, only the noble knight Adalgiso can stop the robber. Porpora wrote Carlo il Calvo for some of his own students, whose skills he was able to assess precisely in composition. Among them was the only 19 year old Anton Huber, who later became the Primo uomo of the Royal Opera under his stage name Porporino in Berlin. Against the background of his work as a vocal teacher and composer, the vocal parts in Porpora's works are among the most beautiful, but also among the most difficult, of the baroque opera literature.