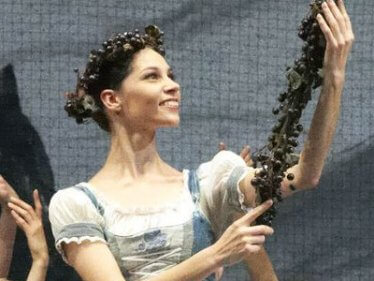 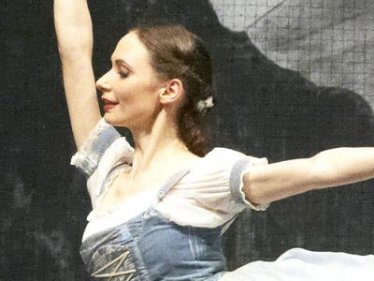 In a village in wine-growing country, Count Albrecht comes on the scene disguised as a country lad, having first hidden his cloak and sword, evidence of his noble heritage, in a hut. He has come to pay court to the country girl Giselle; the two declare their love for each other. The gamekeeper Hilarion, who considers he has a claim on Giselle, watches the scene jealously. Giselle invites winegrowers passing by to join in a dance, and Albrecht too is drawn into the merriment. Giselle’s mother tries to restrain her daughter and by way of a warning tells her of the fate of the wilis, girls who die before their wedding and are condemned to dance every night. Giselle shrugs off these ominous warnings. While out hunting, the Count of Courland and his daughter Bathilde, Albrecht’s fiancé, stop to rest at Giselle’s home. The house is not unfamiliar to the count: an amorous adventure once brought him here, and Giselle’s birth was the outcome of the relationship. The count and Giselle’s mother are the only two people who know of Giselle’s noble background. The count’s legitimate daughter is entranced by Giselle’s charm, and he allows her to give Giselle her chain. While the count and Bathilde rest inside the house, the winegrowers celebrate an abundant harvest. Giselle is crowned the queen of the grape harvest. Together with Albrecht, who has kept out of sight of the hunting party, she joins in a dance with another local couple. Hilarion has found Albrecht’s sword and determines to expose his rival publicly. His plan is successful. Bewildered, Bathilde asks her fiancé what brings him here in this disguise; just a whim, Albrecht answers. Giselle then realizes that she has been deceived, that Albrecht’s love was feigned and nothing more than a game. Giselle goes out of her mind, she starts to rave and finally sinks lifeless to the ground. Albrecht is badly shaken.

Hilarion seeks out Giselle’s grave in the woods. The midnight hour arrives. Suddenly will o’ the wisps flare around him. Terrified, Hilarion flees. Myrtha, the queen of the wilis, appears. With her magic twig she summons the wilis from their graves. Finally, Giselle obeys this magical call. She is received into the circle of the wilis. Albrecht too has made his way to Giselle’s grave to mourn her. Time and again Giselle appears to him; however, he is unable to hold her. In the meantime, the wilis have pursued Hilarion, and they compel him to dance until he drops lifeless to the ground. Their next victim is to be Albrecht. Giselle begs Myrtha for mercy, but in vain. The queen of the wilis commands Giselle to dance to lure Albrecht away from the protection of the cross. The ruse works. Albrecht cannot resist Giselle’s dance, and he follows her. His strength is beginning to wane. Then the sound of the morning bells is heard, and the rising sun dispels the magical power of the wilis. Giselle disappears, and Albrecht sinks to the ground, heartbroken.