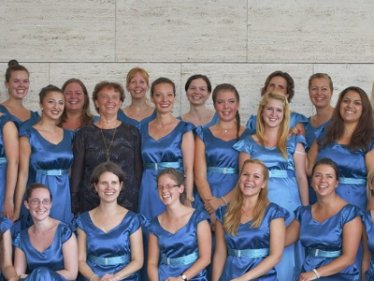 Advent with the Magnificat

The Magnificat Chorus, successor ensemble to the children's choir founded in 1990 by choirmistress Valéria Szebellédi and winner of both the Liszt Prize and the Knight's Cross of the Order of Merit of Hungary, has operated in its current form since 2009. Its members are graduates from the music department of the Ferenc Erkel Primary School. In concert, they perform Advent and Christmas melodies and chorus work both old and new - and well known and less so - including works by Zoltán Kodály, Gustav Holst, Claude Debussy, Miklós Kocsár and Levente Gyöngyösi. The guest artists, performers from the Budapest Operetta Theatre and the Madách Theatre, will also have some surprises in store for the audience.