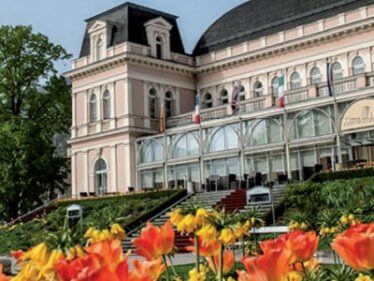 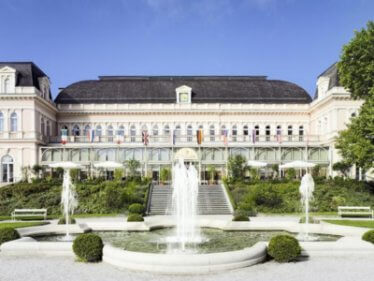 Also during the directorship of Thomas Enzinger the collaboration of the Lehár Festival Bad Ischl an the Franz Lehár-Orchestra contuniues. By performing “Sissi in Concert” the Orchestra is for the first time involved in a multi-media concert event.

At the turn of the year 2011-12 the Chinese Cultural Society in Austria engaged the orchestra for a highly successful concert tour of China. This was followed by the participation of the orchestra in the 2012 Chinese New Year’s concert as well as the European debut of the Chinese soprano Ma Yiming. Both concerts took place in the Golden Hall of the Vienna Musikverein. Further activities are in planning with the Chinese Cultural Society in Austria.

In 2012 the orchestra attracted the attention of the well-known Viennese entertainer Herbert Prikopa who engaged it for the newly created Oscar Straus Voice Competition in Vienna.

In addition to its concert activity the Franz Lehár-Orchestra has been a regular element of the Viennese ball scene – in the Vienna Hofburg among others – since the 1970s.

Operetta Orchestra
During the summer months the Franz Léhar Orchestra is a vital constituent of the Lehár Festival in Bad Ischl, Austria. Recently a number of CDs have been produced in Ischl, among others “Frasquita” by Franz Lehár, “Fatinitza” by Franz von Suppé and “Der fidele Bauer” by Leo Fall. The CD of the operetta “Eva” under the direction of Wolfgang Bozic was awarded the Prize of the German Recording Critics 2006.

Concert Orchestra
Promoting and sustaining Viennese music and its role in the musical life of Vienna is the primary objective of the Franz Léhar Orchestra. In addition to the eponymous Franz Léhar the works of composers such as Joseph Lanner, Johann and Josef Strauß, Franz von Suppé, Karl Millöcker, and Emmerich Kálmán form an essential part of the repertory, reflected in the programs of the traditional Sunday afternoon concerts in the Vienna Concert House and in the Ehrbar Hall in the Wieden district of Vienna. More recently the repertory has been expanded through cooperation with new partners such as the Chinese Cultural Society in Austria.