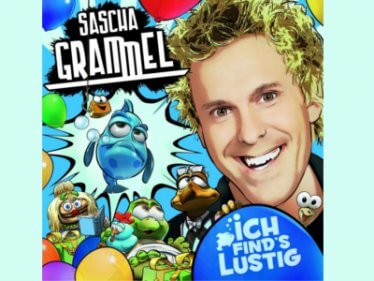 Puppet comedy king Sascha Grammel comes with his new stage show "I FIND'S FUNNY" and has returned all his favorite dolls in their luggage.

With "ICH FIND'S LUSTIG" ignites Spandau unpunctual ventriloquist blonde Sascha Grammel his next, crazy-bizarre Puppet comedy hall fireworks. Never was Sascha grammeliger. And this time he even goes before a haircut ... it certainly promises.