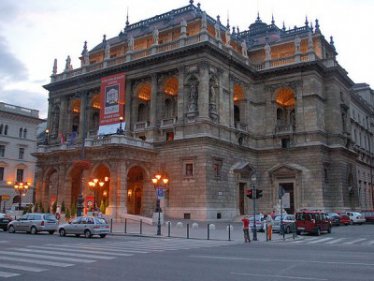 The time has come for us to pay homage to one of the most important figures in English ballet. For the first time, we are bringing Manon to the stage with Hungarian artists, rather than guest performances by foreign companies.

Sir Kenneth MacMillan was 15 years old when he began his career under the tutelage of Ninette de Valois, founder of the English Royal Ballet; in 1970, he himself took the helm of the most highly renowned British ballet company. He worked passionately to reinvent the language of the genre: “I wanted dance to express much more than it had before. Otherwise, I would simply have been producing sterile academic dance pieces.” He managed to reinvent not just the language of ballet, but also its subject matter: on many occasions he reached for modern, socially and societally charged themes that no one had ever dared to touch in any genre, let alone in dance. He was met with this criticism also after the 1974 premiere of Manon: even though it won enormous acclaim from audiences, critics were shocked by an immoral plotline that was completely unprecedented in the world of classical ballet at the time.

Massenet and Puccini both wrote operas based on the story by the 18th century Abbé Prévost, with MacMillan choosing the less well known French composer. Leighton Lucas created a score based on Massenet’s works: although using nothing from Manon itself, he compiled the musical material from the composer’s many other operas and oratorios, which Marton Yates later re-orchestrated in 2011. Here, Manon is being staged with MacMillan’s original scenery and costumes.
Show more Show less