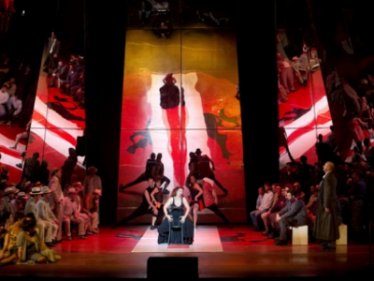 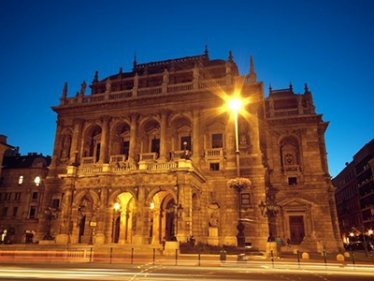 Opera in two parts, four acts, in French with Hungarian prose and surtitles

“Her eyes were obliquely set, but large and full; her lips rather thick, but well cut, and permitted the teeth – white as blanched almonds – to be seen. Her hair was perhaps a trifle coarse, but had a blue sheen running through it, like that one sees in a raven’s wings, and was long and luxuriant. She was of a strange and savage beauty – a face which at first surprised you, but it was one you could never forget. Her eyes especially had an expression at once voluptuous and fierce…I stabbed her twice. She fell at the second thrust without a cry. I can still fancy I see her splendid black eyes regarding me steadily; then they became troubled and closed.”