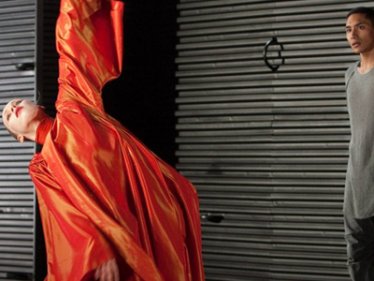 This year the Paris Opera hosts one of the oldest dance companies in Europe. Founded in 1773 by King Gustav III, the Royal Ballet of Sweden, which is currently directed by Johannes Ohman, brings us a new production created for the company’s 240th anniversary by the Swedish choreographer, Mats Ek, an important figure in the world of theatre and a giant of contemporary dance. Mats Ek’s reworking of Shakespeare’s tragedy, renamed Juliet and Romeo and inspired by the music of Tchaikovsky, is a personal vision of this mythical story of love confronted by rivalry, family conflicts and the struggle for power.
Piotr Ilyitch Tchaikovsky - Music
Anders Högstedt - Arrangements on a musical choice by Mats Ek
Mats Ek - Choreography
Magdalena Åberg - Sets and costumes
Linus Fellbom - Lighting
Orchestre Colonne
Alexander Polianichko - Conductor