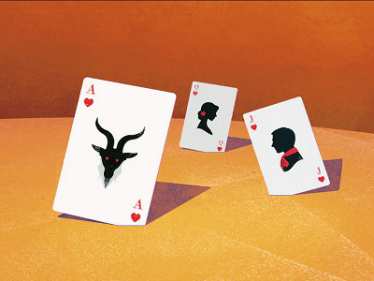 Weinberger's fabulous - and genuinely folksy - opera garnered ovations from many theaters in Europe. In Max Brod's translation in 1931, Schwanda the Bagpiper was even performed at the Metropolitan Opera in New York.

“Czechs, Germans, citizens of the world – gather together! See a fairy tale in two acts and five scenes written by Miloš Kareš and adapted by Max Brod. Why is? About blossoming linden trees. About Queens of Darkness not doing what they want to do. About bandits who do a lot of good. About the devil losing a deck of cards. Dorotka is here. And Švanda can do incredible things - with his instrument. Long live the Czech bagpiper! Long live Dorotka! Horses, squires, men with scythes, a midday soup, an astronomical clock stolen from the devil, carriages, carts, bells of all melodies, thunder and lightning, menacing figures, bats and a hellish wedding game. In the end, everyone shouts: Heil!” Thus, the director Vladimír Morávek invites audiences of all generations, especially children and their parents, to an extraordinary performance of the opera Schwanda the Bagpiper by the Czech (and later also American) composer Jaromír Weinberger. Along with Smetana, Dvořák, Janáček and Martinů, he was one of the select few Czechs whose music became world famous. In the mid-1920s, during the period of the first Czechoslovak Republic, Weinberger and the humorist Miloš Kareš wrote a loose sequel to J.K. Tyl's great story The Strakonice Bagpiper. Švanda is married to his beloved Dorotka, but he feels restless at home. And when the bandit Babinský tells him what there is to enjoy abroad...

What follows is a crazy story, a kind of operatic comedy, telling about the adventures of the bagpiper Švanda and his bandit companion, who experience both funny and rather hot moments. And whenever it seems that our heroes are done for good, the best of Czech nature prevails – cunning and love for music.

Weinberger's fabulous - and genuinely folksy - opera garnered ovations from many theaters in Europe. In a translation by Max Brod (a friend and associate of Franz Kafka and Leoš Janáček), Schwanda the Bagpiper was even performed at the Metropolitan Opera in New York in 1931.