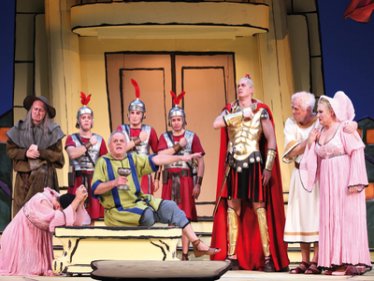 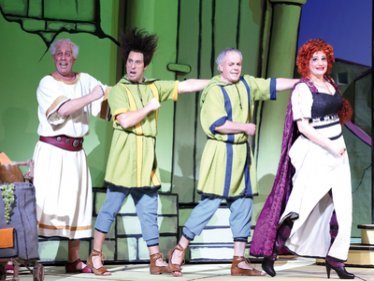 The first Broadway show for which Stephen Sondheim wrote music and lyrics in 1962 was a sensational success: "A Funny Thing Happened on the Way to the Forum". The main role was taken (as in the Hollywood film of 1966) by Zero Mostel. Sondheimâs most frequently performed work is now being produced for the first time at the Volksoper, with Robert Meyer and Sigrid Hauser as the slave Pseudolus, who moves heaven and hell to gain his freedom.
Show more Show less